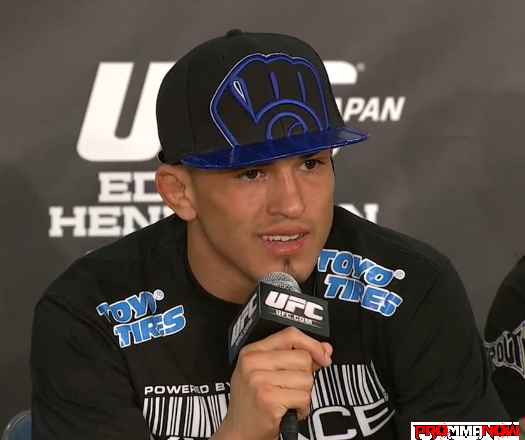 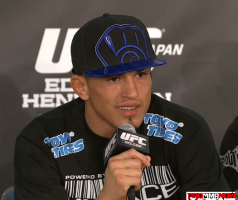 I don’t think so. However, that looks to be the case according to UFC President Dana White via the UFC 144 post-fight press conference.

Pettis was able to rebound and get a split decision win over Jeremy Stephens and then the highlight reel KO of Joe Lauzon we saw on Saturday night. Jeremy Stephens nor Joe Lauzon are top ten lightweights, so I don’t see how those two wins make him the number one contender. If anything, Pettis should have to avenge the loss to Guida before getting the opportunity to fight for the belt.

Then we have the Nate Diaz vs. Jim Miller fight which will take place on May 5th. A win for Diaz would be three wins in a row with the last two being against top ten fighters(Cerrone and Miller). A win for Miller would be two in a row over top ten opponents(Guillard was ranked prior to the loss). It’s true that Miller lost to Henderson via dominating fashion just over six months ago, so a rematch could be a tad early. However, if he puts Nate Diaz away impressively it would be hard to put Pettis ahead of him in the pecking order.