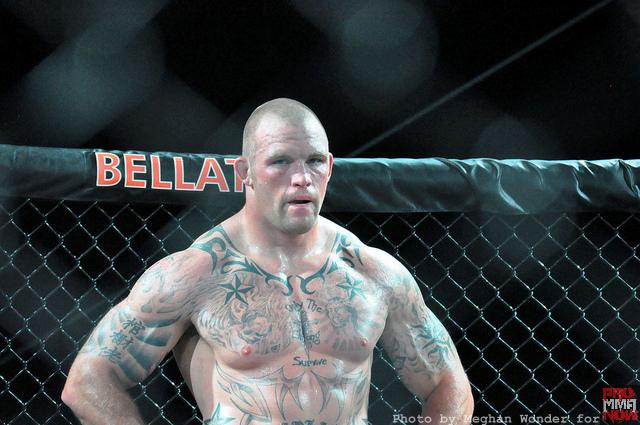 Photographer Meghan Wonder, who also doubles as co-host of the world famous Fist-ta-Cuff Radio , was on the scene at the Cocopah Casino Resort in Yuma, Ariz, for ProMMAnow.com (www.prommanow.com) this past weekend and snapped a ton of great photos from Bellator 55.

We already posted the photos from the preliminary card.

Also, we have photos of the heavyweight bout between veteran Travis Wiuff making his 80th pro MMA appearance against French southpaw Christian M’Pumbu, and the lightweight match-ups between Ricardo Tirloni and Steve Gable and The Ultimate Fighter season eight winner Efrain Escudero taking on Cesar Avila.

[All photos by Meghan Wonder for ProMMAnow.com — hover photo to see fighter names, click to enlarge]

[All photos by Meghan Wonder for ProMMAnow.com — hover photo to see fighter names, click to enlarge]

To see the results of each of these fights, as well as the prelim card fights, see our Bellator 55 LIVE results and play-by-play article. Also check out ProMMAnow.com’s exclusive interviews from Bellator 55 and stay close to the site because we have many more still to come!