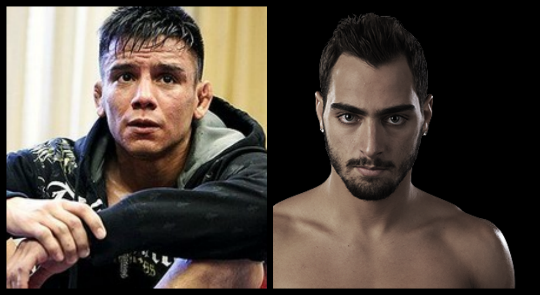 Former WEC 135-pound champ champ Miguel Torres will return to the Octagon Nov. 19 when he faces fellow bantamweight Nick Pace at UFC 139 taking place at the HP Pavilion in what will be the promotion’s San Jose debut.

Like Torres, Pace (6-2) is also 1-1 inside the UFC Octagon. He made his debut with the promotion last December when he scored a third round submission win over Will Campuzano at the TUF 12 Finale.

In addition to the Torres-Pace fight, the UFC also confirmed Monday a bantamweight bout between Michael McDonald vs. Johnny Eduardo had been added to the UFC 139 card as well.

McDonald (13-1), who at 20-years-old is the youngest fighter in the UFC, made his debut with the promotion in March with a unanimous decision win over Edwin Figueroa. He returned in May with a split decision victory over Chris Cariaso. He has won his last six fights in a row.

Eduardo (25-9), a Brazilian Muay Thai specialist, was on an 11-fight win streak before losing a unanimous decision to Raphael Assuncao in his UFC debut last month.