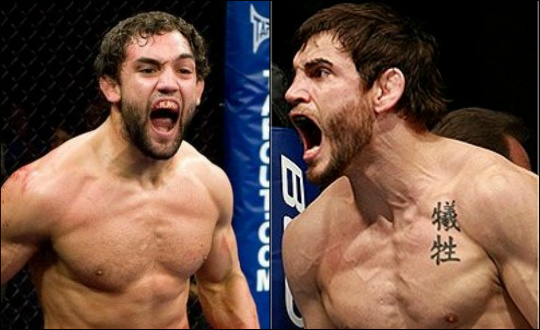 UFC President Dana White confirmed Monday via the company website that verbal agreements were in place.

After losing a unanimous decision to welterweight champ Georges St-Pierre in 2008, Fitch (23-3-1, 1 NC) put together five straight wins, earning himself a title eliminator bout with B.J. Penn at  UFC 127 in February.

Unfortunately, the fight ended in a draw with neither fighter earning the title shot. Fitch was scheduled to rematch Penn in July but was forced to withdraw due to a shoulder injury and subsequent surgery.

The AKA standout had been lobbying for a fight on the UFC 139 card in San Jose since the event was announced.

Hendricks (11-1) lost the only bout of his career, a decision loss to Rick Story, at the TUF 12 Finale in Dec. 2010. Since then he has put together two straight wins, knocking out TJ Waldburger in March and defeating Mike Pierce via split decision last month at UFC 133.

A heavyweight match-up between Brock Lensar and Alistair Overeem was confirmed for UFC 141 last week. Stay close to ProMMAnow.com and our Upcoming Events page as this card continues to come together.