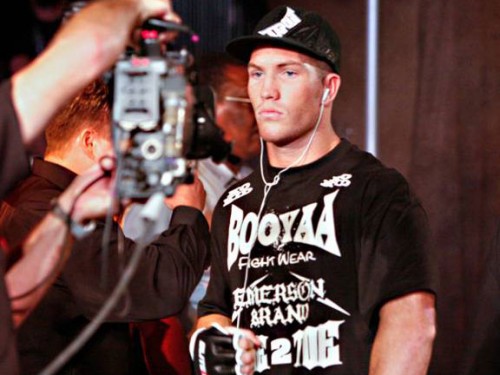 Strikeforce has added a light heavyweight bout between Keith Berry and Gian Villante to Strikeforce Challengers 18. The card takes place Aug. 12 at the Palms Casino Resort in Las Vegas.

Berry earned the moniker “Ko Kid” after winning his first three fights via knockout. Of his 10 career victories, seven of them are knockouts. After some early success in King of the Cage, the California native made his Elite XC debut under the ShoXC banner. Earlier this year, he made his return to Showtime at Strikeforce Challengers 16, but fell victim to a North-South choke submission from Trevor Smith.

After dominating the heavyweight division in Ring of Combat, many considered Villante to be one of the best prospects coming out of the Northeast. However, in his Strikeforce debut, he was overwhelmed by Chad Griggs and then dropped a follow up bout to Lorenz Larkin last month.