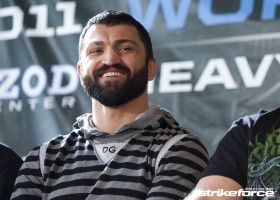 Former UFC heavyweight champ Andrei Arlovski has been named as one of the headliners for Pro Elite’s Aug. 27 comeback show at Neal Blaisdell Center in Honolulu, Hawaii, according to the promotion’s Director of Operations, T. Jay Thompson.

Coincidentally, Arlovski’s last win was with the Pro Elite-owned Elite XC promotion against Roy Nelson back in 2008. Since then, he has dropped four straight bouts, most recently suffering a first round knockout loss to Sergei Kharitonov in February.

Hawaii’s own Kendall Grove, winner of The Ultimate Fighter season three, is also apparently in negotiations with Pro Elite to appear on the card. Grove went 7-6 in the UFC over a nearly five-year span but was released earlier this year after back-to-back losses.

A match-up between former University of Hawaii linebacker Jake Heun and 2009 NCAA heavyweight wrestling champion Mark Ellis has also been confirmed for the Aug. 27 event.