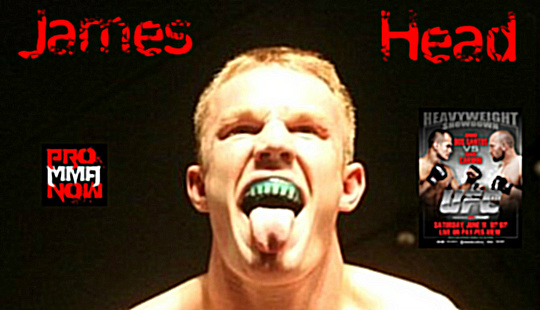 Fighting out of Lovato’s Jiu Jitsu, Head caught the attention of the MMA world in February when he defeated former UFC middleweight Gerald Harris (18-4) via unanimous decision at Xtreme Fight Night in Tulsa.

ProMMAnow.com (www.prommanow.com) spoke with Head this week to learn more about his background, his training, get his thoughts on how he matches up with Ring and find out what the fans might expect when he steps into the Octagon for the first time this Saturday at Rogers Arena. 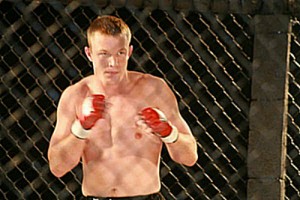 PRO MMA NOW: Thanks for talking to us at ProMMAnow.com James. How are you feeling now just a couple days away from your UFC debut?

JAMES HEAD: I?m feeling great, my weight is good and I feel like I?m peaking right on time for Saturday night!

PRO MMA NOW: How much do you know about your opponent Nick Ring and how do you see yourself matching up?

JAMES HEAD: With the Internet at your fingertips, it?s so easy to research your opponents, so I know a lot about Nick. I feel very confident that I will match up in every aspect of the game with Nick and will dictate where the fight goes and control the action.

PRO MMA NOW: Are you happy with your training camp leading up to this fight; did you get a full camp?

JAMES HEAD: I?m very happy with my raining camp, working with world class coaches such as Lewis Wood, Mauricio Veio and Rafael Lovato Jr. has really been great and I can’t wait to display my skills in the Octagon. I received two months notice and began training immediately, so the timing was perfect.

PRO MMA NOW: Now you just defeated UFC vet Gerald Harris back in February. How much do you think that win played into you getting a shot in the UFC?

JAMES HEAD: I think it played a big role in getting me a shot with the UFC, Gerald was a super tough opponent with a 3-1 record in the UFC with two “knockout of the night” awards. I knew going into the “Hurricane” fight that it was a big step for my career and I was happy to make the most of it. 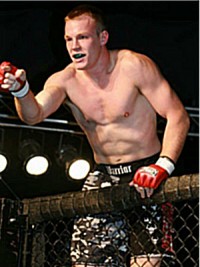 JAMES HEAD: Rafael Lovato Jr and Team Lovato is more like a family then a team. The instruction of Rafael Lovato Jr is unbelievable. To be on the mats with a world champion day-in and day-out has really taken my jiu-jitsu to a whole new level. We have one of the best competition jiu-jitsu teams anywhere and the level of talent that is on the mat daily really pushes me and my jiu-jitsu.

PRO MMA NOW: From the videos I’ve seen of you, you seem pretty well rounded. I know you’ve done well in grappling tournaments and you’ve done some boxing. Could you talk a little about your sports background and how you made the transition to MMA?

JAMES HEAD: Thank you, I grew up an All-American kid, playing any and every sport around; baseball, basketball and football were the main sports I played growing up along with racing motocross. My grandfather was a boxer and I was always a huge fan of combat sports but really didn’t get into it until I moved away to college at The University of Missouri-Rolla. I was still hungry for competition and found it inside the Warrior Gym in Rolla where Ken Sparks Jr really took me in under his wing and is where my roots begin in MMA. The grappling and boxing tournaments have all been after my MMA career started, I really enjoy the competition and believe that any time you can spend on the mats or in the ring competing is the best way to really hone your skills.

PRO MMA NOW: How many fights are on your current UFC contract?

JAMES HEAD: I signed a pretty standard four fight contract with the UFC.

PRO MMA NOW: Now, you will be fighting in the UFC at middleweight. What is your opinion of the UFC’s current middleweight division and where do you think you fit in the picture?

JAMES HEAD: I think that all of the divisions in the UFC are stacked and middleweight is no exception! I think I fit great in the division and can’t wait to get in there and mix it up!

PRO MMA NOW: If you get past Ring, who is someone you think would make a next good fight for you? 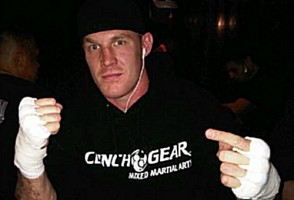 JAMES HEAD: I know this is a pretty standard answer but really whoever Joe Silva and Dana White ask me to fight.

PRO MMA NOW: James, thanks for your time. Best of luck on Saturday. Is there anyone you want to thank or shout out?

JAMES HEAD: Thank you very much Jack. I would like to thank all of my trainers, Rafael Lovato Jr, Lewis Wood, and Mauricio Veio, along with my strength and conditioning coaches, Kevin Malahy (and his mom for all of her delicious and nutritious cookies!) from CrossFit 405 and BJ Warren. My sponsors; Tapout, The Gun Store, MartialArtsRecovery.com and BlueGrace. I would also like to thank Ken and Mike Sparks from Warrior Gym, Jon Combs, Rob Wood and the rest of my brothers from Lovato’s Jiu-Jitsu.