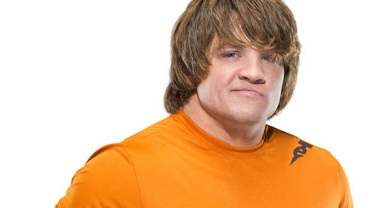 Former MMA fighter Jeremiah Riggs outlasted 11 other contestants and made it to the final three on WWE’s Tough Enough reality show before being eliminated on this past Monday’s episode.

Despite being eliminated, Riggs was happy with his performance in the competition noting that he was the only contestant on the show to have never been selected for the bottom three.

“I wasn’t like anybody else,” Riggs said. “I showed up every day. There really was no reason [why I was eliminated]. They keep saying ‘dangerous’ but really, what did I ever do that was dangerous? I never hurt anybody and never really was close. I mean [there were] some close calls and maybe like ok, [we] bumped [our] heads or something, but you’re talking about a physical sport. You’re going to bump your head. That’s just the sport. That’s what makes it so good in seeing how people go with it.”

As for how he came across on T.V., Riggs said that he was happy with the way the show was edited and that fans got to see what he is all about.

“I thought that everything was a great job, but the one thing I always say is that you can’t hide the truth,” Riggs said. “What you see is what you get. I’m not talking to you any different than I talk on the show with or without a camera. The red light ain’t ever off on me. I’m not trying to be something that I’m not. I was real pleased with how everything was. The way that I was portrayed was just the exact same way [I am if you] met me.”

One of the favorite parts of the show for Riggs, was participating in the different challenges, which were meant to showcase the contestant’s skills in different areas to the trainers.

“I had fun doing all of them,” Riggs said, “but the challenge that I really liked was the dog challenge. That was pretty sick. I’ve been around that kind of stuff before with my dad being in law enforcement. It’s really awesome to see what them dogs are capable of and stuff like that.”

Riggs admitted that some of the challenges were more difficult than others.

“When you start adding things together and making your session a little bit longer, to me, that was pretty challenging,” Riggs said. “Not only just to remember what to do every time, but you had the person that you were doing it with too. You both had to be on, and if one person messed up you could get dropped on your head.”

Another aspect of the show was that each week a different WWE Superstar would stop by the house and impart a life lesson to the contestants.  One of the talks that really stood out to Riggs was when Bret Hart spoke about being innovative.

“I really took that to heart,” Riggs said, “especially when I did the move [off the top rope] that I made up.  Yeah that was my first time doing it, and I can critique it. You can say whatever, that it’s dangerous, but man it’s a sport, everything is dangerous.”

Another moment that really stands out to Riggs from his time on the show was when he met former WWE Champion the Miz.

“I really like the Miz,” Riggs said. “He really is awesome like he says. He had a lot of great things to say. I could kind of see myself in the Miz and how he was. He came from reality shows and stuff like that and everybody was saying that he couldn’t [make it as a pro wrestler]. Look at where he is at now. “

The contestants were in for a surprise when the Rock visited the house during episode eight. Not only did they get advice from one of the biggest WWE Superstars of all time, but the competitors even got to step in the ring and go toe-to-toe with “The Great One”.

“It was pretty badass,” Riggs said. “Man he’s smooth. I know a good lockup and man he is a smooth cat. He had a lot of good pointers to throw out there and criticism [as well]. Watching him cut promos is something else. He had me on the tips of my toes. He’s good man.”

Perhaps the most intense moments of the show are in the final minutes of each episode when Stone Cold is in the ring questioning the bottom three contestants before deciding who is going to be eliminated.  Riggs, who was never selected to be in the bottom three said that he was not nervous at all standing in the ring with the Texas Rattlesnake.

“I didn’t give a shit,” Riggs said, “and I mean that when I say that. What I mean by saying that is that  I look at Stone Cold, shake his hand, look him in his eyes, say ‘what’s up,’ and if he has an opinion on something I’ll listen to it. It might not be the best opinion, but that’s his opinion and I might have one that he don’t like. I’m a grown man and he ain’t nothing but another man. That ain’t something that I’m intimidated by or scared by. I respect him.”

Despite being eliminated from the show, Riggs says that the feedback he has received from all around the world has been not only supportive, but also positive regarding his performance on the show.

“Everybody has just been super awesome and really on point,” Riggs said. “It’s great. It’s something that I love. I love interacting with people. I might stay up late sometimes just sitting there talking to everybody. Everybody that I’ve ever ran across has just been awesome.”

If you’re tuning in to the live finale of Tough Enough this Monday on USA, Riggs says you can expect to see him there.

“Yeah, I believe that you can probably expect to see me somewhere,” Riggs said. “Maybe in the crowd or whatever. You know I don’t want to miss it for anything. I expect to be there to see who is going to take this thing home.”

As for who might win it all, Riggs is not making any predictions.

“Anything can happen,” Riggs said. “I don’t know. You can have a prediction, but all of the sudden it gets thrown out the window.  Luke was my boy on the show, and I wished him luck. [Speaking of] Andy, I never did count anyone out, and I’m not the person to ever count anybody down. He might have a good future in the business. I’m just going to sit back and see what happens [at the finale].”

Regarding his own future, Riggs said that going forward he is focusing on professional wrestling and he hopes to one day be a WWE Superstar.

“I really believe that once everything is said and done and settled down, I really believe that you’ll see me on Raw or SmackDown,” Riggs said. “That’s where I’m looking at the future right now; signing me a contract and getting into developmental and sanding some of the rough edges down and just going in there 100 percent and getting dirty. I think I have a bright future in this.”

Jeremiah Riggs wanted to thank his fans for all of their continued support, and let them know that he has a Facebook Fan Page and can be found on Twitter (@JeremiahRiggs).