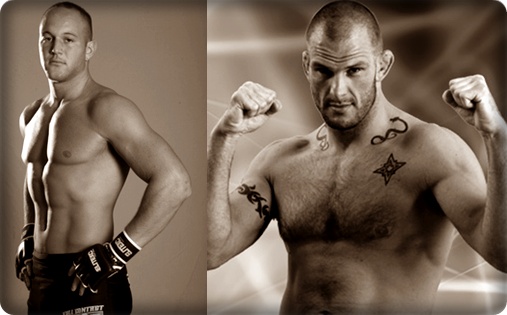 A heavyweight bout at UFC 131 will feature two newcomers to the promotion where MMA veteran and long time prospect Dave “Pee Wee” Herman will finally make his UFC debut against Jon Olav Einemo.

Einemo was originally supposed to face Shane Carwin, but was paired with Herman once Carwin was pulled to replace the injured Brock Lesnar against Junior dos Santos.

Einemo comes into this fight with an overall record of  (6-1) with 5 wins via submission and one TKO/KO to his credit. Einemo is actually a Shooto and PRIDE veteran that hasn’t competed in MMA since 2006 which saw him submit MMA veteran James Thompson via armbar in his last outing. Einemo is a Brazilian jiu-jitsu specialist and has enjoyed great success in the prestigious ADCC grappling tournament, winning in 2003.

Herman comes into this fight with an overall record of (20-2) with 14 wins via TKO/KO and 5 wins via submission. Herman has competed mostly in midwest promotions but is also a veteran of EliteXC, Bellator, and Sengoku. Herman is most noted for his ability to finish fights. He has finished 19 of his 20 opponents for an incredible finishing rate, only going to a judges decision once in over 20 fights.

Herman is the betting favorite coming into this fight.

I know it seems like a common theme in these UFC 131 previews, but a lot of these matches feature strikers versus grapplers. Which means one fighter will want to get the fight to the ground and his opponent will want to keep the fight on the feet. This one will be no different with Herman looking to stand and bang here. However, Einemo has been training with the Golden Glory team on his striking skills, and this is the same camp that Strikeforce heavyweight champion Alistar Overeem trains with. It’s difficult to gauge what Einemo will bring to the table since he’s been inactive for so long. We know he’ll bring a great ground game, but one has to wonder just how much his striking has improved since his time with Golden Glory.

I think Einemo will look to strike just enough to set up his takedown attempts because on the ground is clearly where he is best at. Herman has never been submitted in MMA, but he’ll clearly want to keep the fight standing. Both guys are huge heavyweights, and I think the difference in this fight will be Einemo’s long layoff. I don’t expect him to have the gas tank to go hard for three rounds. I think Herman will apply pressure from the outset and make him work hard while dishing out punishment at the same time. Herman should stay out of clinch situations and off the cage to establish his range and then fire at will keeping Einemo on the defensive. If Einemo is able to get the fight to the ground and keep Herman there, he certainly has a chance to pull the upset. However, I expect Herman to win this fight on the feet via TKO and make a solid impression in his UFC debut.