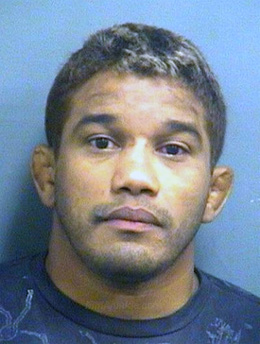 Following reports of Hermes Franca being charged with seven counts of sex abuse and two counts of unlawful sexual penetration with a female minor at a jiu-jitsu academy in Clackamas, Oregon, the Maximum Fighting Championship announced the termination of Franca’s contract on Thursday.

“Mr. Franca’s legal situation is a matter in the hands of law enforcement officials and soon to be going before the courts and because of that there will not be any further comment on those allegations, but I have taken immediate action to indicate that he is no longer going to be part of my organization. We were informed about his arrest and pending trial, and as of 10:30 a.m. MT today, he has been released. These are serious allegations that he is facing and I do not want the Maximum Fighting Championship associated in any way with these matters.”

Franca was scheduled to face Drew Fickett on Friday, June 10, at MFC 30, and a search is currently underway to find a replacement for Franca.

It should be noted that Franca is adamantly denying and has pled “not guilty” to the charges against him and he willfully turned himself in once he was made aware of the charges.

In addition to the legal charges, according to Pavelich, Franca fought twice outside the MFC while still under contract with the organization and that also played into the decision to release him from the organization.