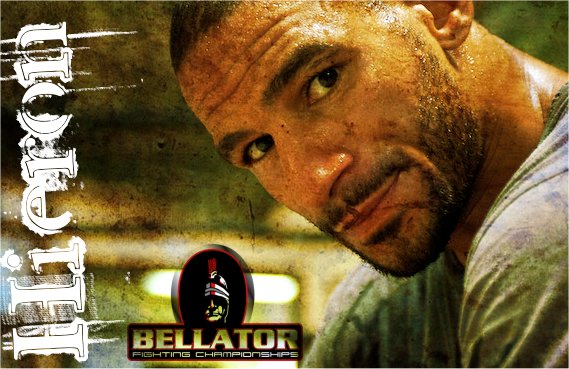 Hieron started strong, punishing Hawn throughout the first stanza with leg kicks as the former judoka tried to close the distance. Hawn missed with the majority of his strikes in the first, as Hieron used his reach advantage and movement to evade the strike zone of Hawn.

The second frame was a back-and-forth affair, as Hawn settled in and started to land his jab. Hieron countered effectively, landing several uppercuts as Hawn ducked forward on his way in. Hieron closed the round with a late takedown, but the round could have been scored for either fighter.

The third and final round saw Hawn start to wear down Hieron. Hawn had been pushing the pace throughout the fight, even when he wasn’t scoring effectively, and it started to pay off late. Hieron nearly stopped throwing his kicks that had scored for him earlier in the fight, and Hawn’s jab started to find it’s mark. Hieron had a couple of good flurries, catching Hawn on the way in, but after three rounds of action, it was clear that the scoring would likely be very close.

Bryan Baker has already defeated the biggest opponent in his life, battling Leukemia into full remission. Tonight, he added Joe Riggs to his list of victories with an impressive second round finish of the UFC veteran.

After a tentative start, Baker found his comfort zone late in the first round, stalking Riggs and showing off a mixed bag of strikes, including flying knees, elbows, and big knees in the thai clinch.

Baker came out in the second round looking very confident, putting Riggs on the cage and going to work with big punches to the body. Riggs countered and connected with a flurry, but quickly found himself on the wrong side of another barrage from Baker. Baker continued to score with strikes, and a flush left hook put an exclamation point on the fight, as Riggs dropped and the referee intervened to stop the fight.

The second round TKO books Baker (17-2 MMA, 5-1 BFC) into the Bellator season 5 welterweight tournament, and the big stage was the perfect one for Baker to take care of one last piece of business. Baker used his post-fight interview to bring his girlfriend into the cage and propose to her.

Vega started with some nice leg kicks, but quickly found himself defending a standing guillotine attempt from Beebe. Vega would survive the first two guillotines, but after taking Beebe to the ground, he once again found himself in a tight guillotine. This time there would be no escaping, and as Beebe put a final squeeze on the submission, the tap came quickly from Vega.

Ron Sparks defeats Vince Luscero with a first round americana

Ron “The Monster” Sparks wasted little time in notching his second Bellator win — both in the first round — with a quick submission victory over Vince Lucero.

Sparks landed a couple of early right hands that backed up Lucero, but it was a leg kick that dropped his opponent and landed “The Monster” in a dominating side mount position. Once there, Sparks locked up an americana and got the tap within seconds.

Sparks improves his MMA record to an undefeated 7-0 (2-0 BFC), with six of those seven wins coming in the first round.