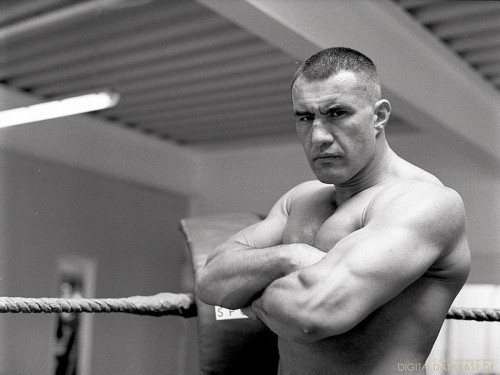 The last time fans saw Jerome Le Banner compete in the kickboxing ring, he ended up walking out in disgust before the fight was even over. Now, the K-1 veteran is set to return against Stefan Leko. The ISKA heavyweight title bout takes place June 11 in Geneva, Switzerland.

Liverkick released news of the fight on Tuesday.

The two fighters previously faced off at K-1 Survival in 2001. Le Banner picked up a unanimous-decision victory.

In 2010, Le Banner went 2-1 with a win over Tyrone Spong. However, he ended his year with a fight against Kyotaro in the K-1 World Grand Prix Final 16. After the judges voted for an extension round, he walked out of the ring and lost the bout by forfeit. On New Year’s Eve he dropped an MMA fight to Olympic gold medalist Satoshi Ishii.

Leko began 2010 with three-straight victories, but then finished the year with back-to-back losses. His overall record currently stands at 66-24-1.