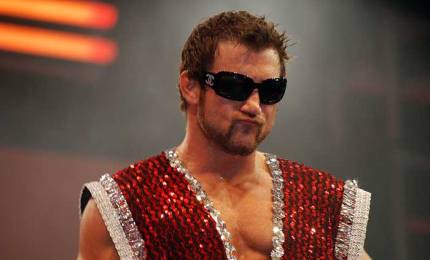 Joe Kelly’s Kansas City based Titan Fighting Championship is back with their second straight card on HDNet. The main card will be broadcast live at 10 p.m. ET.

Highlighting the card are three featured fights. Strikeforce veteran Bobby Lashley has returned to the local circuit. UFC and Pride FC veteran Phil Baroni is starting perhaps the last big run in his career. Abe Wagner returns against Aaron Rosa after picking up the biggest win of his career.

Bobby Lashley vs. John Ott
Due to his colossal name value gained from years as a professional wrestler, Lashley really had the opportunity to develop as an MMA fighter. He could have continued fighting opponents like Bob Sapp and Mike Cook on smaller shows, but instead he signed early with Strikeforce. In his second fight for the promotion, a firefighter with an incongruous nickname knocked him out. Now, Lashley has returned to the local level and is still looking to develop. I don’t think he should be facing top-ten heavyweights, but a middleweight with an 8-7 record might be a little bit too much of a cake walk.
Pick = Bobby Lashley
Film Study: Bobby Lashley vs. Bob Sapp

Abe Wagner vs. Aaron Rosa
Wagner went from being known as a TUF washout to being known as the guy who most recently stopped Tim Sylvia. The fact that he now owns a knockout victory over a former UFC champion does not really change who he is as a fighter. Rosa is never going to set the world on fire, but he had some nice performances on ShoXC and Strikeforce Challengers cards at light heavyweight. At this level, it is always a smart bet to pick the guy who can make 205.
Pick = Aaron Rosa
Film Study: Abe Wagner vs. Tim Sylvia
Film Study: Aaron Rosa vs. Devin Cole

Phil Baroni vs. Nick Nolte
Baroni might be in the twilight of his career, but he has always shown an ability to bounce back from hard times. After getting bounced from the UFC the first time, he regained his spot in the sport with some impressive wins in Pride FC. After losing three-straight under the Elite XC banner, he hit the local circuit and fought his way into Strikeforce and then the UFC. Baroni might never make it back to the UFC, but he should still have enough to pick up a win on this level. With that being said, he still faces the same problems he always does. After the first few minutes of the fight, cardio will become a major issue. He will have to either finish it early or fight through some lung-related adversity.
Pick = Phil Baroni
Film Study: Phil Baroni vs. Ikuhisa Minowa I

Eric Marriott vs. Willian de Souza
Prediction: Marriott showed against Bellator champion Joe Warren that he comes to fight. After dropping that fight, he won his next two for Bellator. This will be only De Souza’s second professional fight.

Alonzo Martinez vs. Aaron Derrow
Prediction: Derrow choked out UFC veteran Rich Clementi at Titan FC 16 and destroyed Mann Talk’s pick percentage in the process. Look for him to extend his five-fight winning streak against Martinez, who fought on the very first Bellator card.

James Krause vs. Nathan Schut
Prediction: Krause should be able to take this one by submission. He has a pretty submission game off his back, and Schut has struggled in that department with four of his five losses coming by way of submission holds. However, he has shored up his defense recently, so he might be able to pull off the upset.