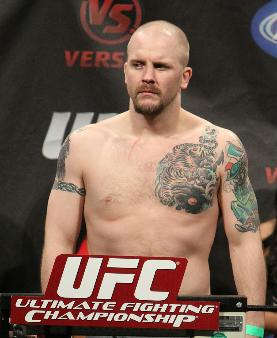 UFC middleweight and The Ultimate Fighter 11 veteran Chris Camozzi announced via his official website that he has been released from the UFC. Camozzi isn’t alone, as MMAJunkie confirmed the release of Rob Kimmons, while MMAWeelky reported that Dave Branch had been cut.

Camozzi (14-4) went 2-1 in the UFC, defeating Dongi Yang and James Hammortree. However, he lost via first round submission to Kyle Noke in his last fight at UFC 127.

As for Kimmons (23-7), he told ProMMAnow.com that he expected to get cut following his loss to Yang at UFC on Versus 3, but planned to eventually drop to welterweight and work his way back up. The loss to Yang was Kimmons’s second straight and dropped his UFC mark to 3-4.

Also on the UFC on Versus 3 card, Branch (8-2) suffered a submission loss to middleweight contender Rousimar Palhares. Branch went 2-2 in the UFC.

The news comes approximately two weeks after UFC parent company Zuffa announced its purchase of Strikeforce, with UFC President Dana White stressing the need for more fighters to bolster the promotion’s global expansion as one of the drivers behind the move.