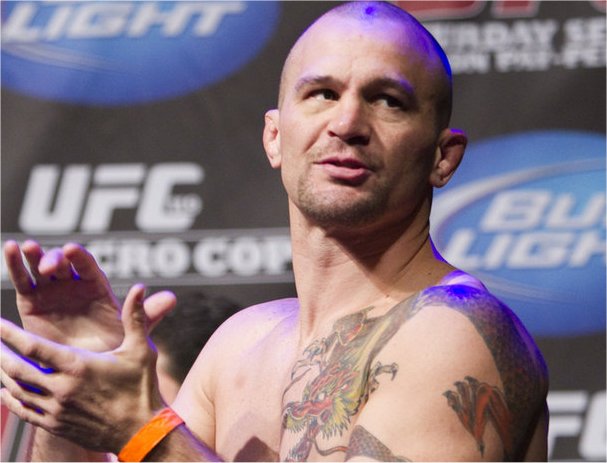 Mark Hunt walked away with the night’s “Knockout of the Night” award, Kyle Noke was awarded the “Submission of the Night” bonus, while Chris Lytle and Brian Ebersole battled over 3 rounds for “Fight of the Night” honors.

Mark Hunt earned his win and subsequent “Knockout of the Night” award with a brutal beatdown of Chris Tuchscherer in preliminary card action. Hunt battered and bloodied Tuchscherer in the first stanza, then put the finishing touches on him in the second round.

Kyle Noke, on his home turf, quickly dispatched fellow TUF alum Chris Camozzi by rear naked choke in the first round to lead off the PPV broadcast. Noke locked up the submission after a take down landed him in a dominant full mount position. As Camozzi battled to reverse positions, he gave up his back and then quickly tapped as Noke locked up a very fast rear naked choke.

Surprise! Chris Lytle has been awarded yet another “Fight of the Night” bonus. However, it was Ebersole, stepping in on two weeks notice, that stole the show, nearly finishing Lytle with a well-placed knee to the chin after a scramble in the second round. Ebersole fought off multiple submission attacks from Lytle and kept the pressure on Lytle throughout the bout. Ebersole was awarded a unanimous decision win, and both fighters walked away with an additional $75,000 for their “Fight of the Night” performances.