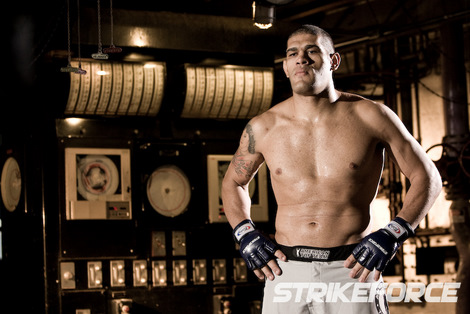 It looks like Strikeforce will get the heavyweight match up they originally wanted. The rumored match up between Antonio Silva and Valentijn Overeem appears to be back on for Strikeforce’s Dec. 4 card.

“Strikeforce: Henderson vs. Babalu” takes place at the Scottrade Center in St. Louis.

News of the fight broke last month. However, Strikeforce CEO, Scott Coker said the bout would not happen. Now, MMAJunkie is reporting that the fight is back on.

Silva won his first seven fights and appeared to be the next big thing in the heavyweight division. He progress up the heavyweight ladder was stopped, when Eric Pele knocked him out in 2006. However, since then, Silva is 7-1. During that stretch, he captured the Elite XC heavyweight title and defeated former UFC heavyweight champion Andrei Arlovski.

Valentijn Overeem, the older brother of Strikeforce heavyweight champion Alistair Overeem, has been fighting MMA since 1996. Although his career record, 28-25, his hardly impressive, he does hold wins over several UFC veterans. The list includes Randy Couture, Renato “Babalu” Sobral and Ian Freeman.

Headlining the upcoming Strikeforce card is a light heavyweight match up between Dan Henderson and Renato “Babalu” Sobral. The two previously met in 2000, with Henderson taking a split-decision victory.