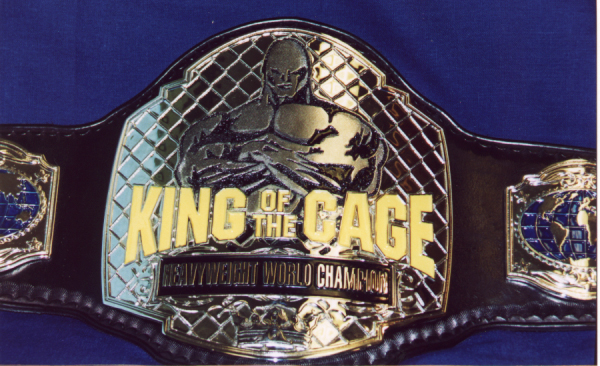 King of the Cage returns to HDNet tonight with “Imminent Danger.” The card features three title fights in the promotion’s heavyweight, welterweight and junior welterweight divisions. Olympian Daniel Cormier will also make his KOTC debut. The HDNet broadcast will begin at 10:00 p.m. EST.

Partnerships with HDNet and reality television guru Mark Brunett has doen wonders for KOTC. The once respectable feeder promotion is now returning to form. Look for KOTC to stat producing future stars once again.

King of the Cage Heavyweight Championship Match
Tony Johnson vs. Daniel Cormier
Rarely does a last minute replacement represent a big step up in competition. However, Johnson was originally set to face Nick Gaston, and now he will take on Olympian Cormier. In his last fight, Johnson used his wrestling game to take a five-round decision over Tony Lopez and claim the KOTC title. In this fight, Cormier will be the superior wrestler, while Johnson will be out of luck. Look for Cormier to work on his overall game and pick up a victory.
Pick = Daniel Cormier

King of the Cage Junior Welterweight Championship Match
Bobby Green vs. Darron Cruickshank
Cruickshank has the skills to pull off the upset and take the champion’s belt. He is the better wrestler, and Green has looked lost on the ground at times in his career. Despite this apparent advantage, Cruickshank has been reticent to use his wrestling in fights. If he chooses to stand and trade, Green will be able to land the more important strikes and take the fight.
Pick = Bobby Green

King of the Cage Welterweight Championship Match
Quinn Mulhern vs. Levi Stout
Stout will probably have the advantage on the feet. However, Mulhern has shown a super-slick grappling game. He has worked over respectable fighters like Rich Clementi on the ground. Including that win, Mulhern has now won four fights in a row. In a five-round fight, the fighter with more finishing skill should always be the favorite. Mulhern has 25 minutes to work his ground game and try to pull of a submission
Pick = Quinn Mulhern