Bisping vs. Akiyama to headline UFC 120 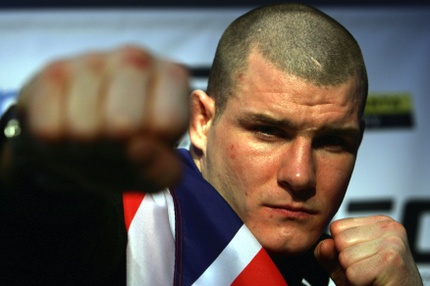 Fighters Only brings this news:

Top British middleweight Michael Bisping’s next opponent will be Japanese judo stylist Yoshihiro Akiyama, Fighters Only learned this morning from a UK source. The fight will headline UFC 120 in October.

Bout agreements have been drawn up and at least one has been completed and signed, with the second expected to be completed in the very near future to make the bout official.

What’s most interesting about this is how Akiyama can go from losing a bout to Chris Leben last weekend at UFC 116 to headlining a card. Strange.

Bisping, on the other hand, is coming off a unanimous decision win over Dan Miller at UFC 114 back in May.

2 thoughts on “Bisping vs. Akiyama to headline UFC 120”