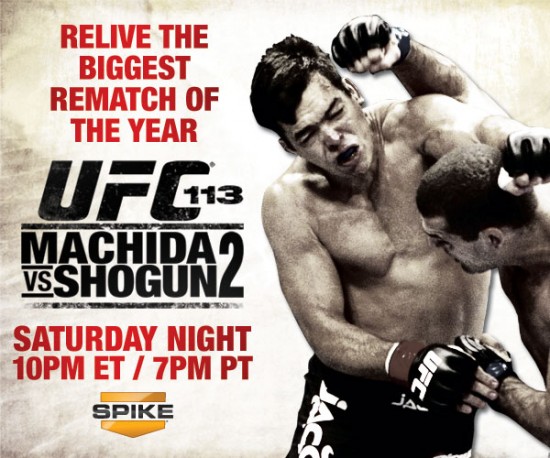 It was one of the UFC’s biggest pay-per-views of the year, “UFC 113: Machida vs. Shogun 2“. The main event featured a rematch between then UFC light heavyweight champion Lyoto “The Dragon” Machida and Mauricio “Shogun” Rua.

The two originally fought at UFC 110 in Oct. 2009. Machida was unbeaten and Shogun stunned the MMA world by giving the champion the challenge of his life. The fight went the full five rounds and many thought that Shogun won, but the judges awarded Machida the decision.

Fast-forward about six months later, May 2010. The first fight was so controversial, Shogun got an immediate rematch with Machida. Coming into the fight, Machida was still unbeaten at 16-0. Shogun was 18-4. How did it end? Let’s put it this way… Shogun now has the title!

Absolutely not coincidentally “Strikeforce: Fedor vs. Werdum” starts at 10:00 p.m. ET/PT on Showtime. If you live on the East Coast you are going to have to choose between Strikeforce and UFC. However, if you are on the West Coast you can watch both because Strikeforce is tape delayed for Pacific Time.