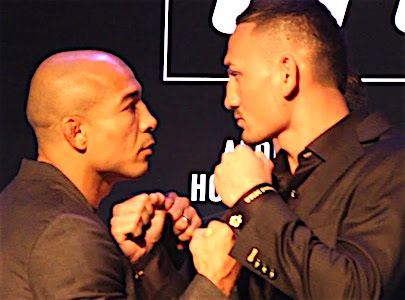 UFC 218 takes place Saturday in Detroit and Max Holloway will defend his featherweight title against Jose Aldo in a rematch in the main event. Holloway took the title from Aldo via third-round TKO at UFC 212 in June. UFC 218 betting odds understandably have Holloway the favorite at -290, with Aldo the underdog at +225, … Read more

Jose Aldo will finally get the featherweight title rematch he’s longed for, but with Max Holloway, rather than Conor McGregor, after Frankie Edgar pulled out of the title bout at UFC 218. The fight, taking place on December 2 at Little Caesars Arena in Detroit, was set to give 36-year-old, Frankie Edgar, a long-awaited first … Read more