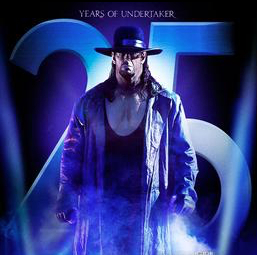 Miz TV returns tonight with the WWE Heavyweight Championship Tournament semifinalists as guests. Also, Roman Reigns will team with Dean Ambrose against the Intercontinental and United States Champions in a tag team clash. Charlotte will face Brie Bella. Miz will battle Cesaro. The Dudley Boyz and Neville will face Stardust and The Ascension. All this and more tonight … Read more

The Lucha Dragons will team up with The Prime Time Players to take on The Wyatt Family in a 4 vs. 4 Survivor Series Elimination Match. Dean Ambrose will face Intercontinental Champ Kevin Owens. Alberto Del Rio will battle Neville in tonight’s opener. The Usos are back in action and will face The Ascension. And you know … Read more

Kevin Owens will put his Intercontinental Championship on the line against Ryback in a Night of Champions rematch. Demon Kane nearly caught up with Heavyweight Champ Seth Rollins on Raw, will he get his hands on him tonight? Team B.A.D. will take on Team Bella in a six-woman tag team match. What’s next in the Roman Reigns … Read more

Intercontinental champion Ryback will rematch heavyweight champion Seth Rollins tonight after he bested The Architect on Raw. The Usos and Dean Ambrose will team up against New Day. Team PCB’s Paige will take on Team B.A.D.’s Sasha Banks. The Lucha Dragons will battle The Ascension. After their match was interrupted by Big Show Monday night, Cesaro … Read more

It’s champion vs. champion tonight as Heavyweight champ Seth Rollins is set to do battle with Intercontinental champ Ryback — and after Brock Lesnar dispatched J&J Security Monday night, it looks like Rollins will have to fend for himself this time. Also, Big Show is scheduled to fight Roman Reigns, Rusev makes his return to … Read more

Tonight’s SmackDown show comes to us from Dayton, Ohio. What sort of obstacle will The Authority put in front of Daniel Bryan and Roman Reigns’ road to WrestleMania this time? What does wild man Bray Wyatt have up his sleeve when he faces rapping superstar R-Truth tonight? Paige will take on Summer Rae, the woman … Read more

Welcome to the first RAW of 2015, taking place in Corpus Christi, Texas! With The Authority back in power there’s no telling what to expect as they will certainly be looking for some payback against those who dared to go against them in 2014 — like Dolph Ziggler and John Cena. Tonight we’ve got Bray … Read more

Edge and Christian will host the final Raw of 2014 tonight from Washington, D.C. Daniel Bryan has an important message. Former NXT tag team champions The Ascension will make their WWE debut. How will Dolph Ziggler close out the year on Raw? Will Miz still pursue Naomi after Jimmy Uso taught him a lesson on … Read more