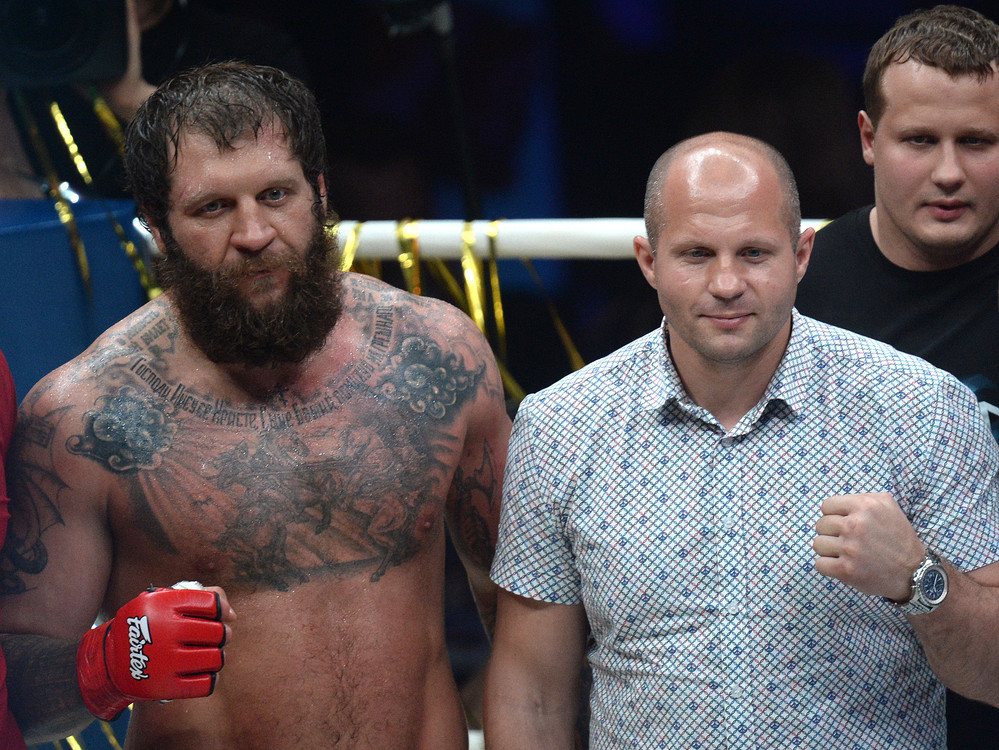 Fresh off a first round beatdown of super heavyweight punching bag Bob Sapp in May, Alexander Emelianenko returned to action on July 4 with his own brand of fisticuff fireworks. Alex took on Brazilian striker Jose Rodrigo “Dragao” Guelke (15-10) at “ProFC 49: Resurrection” in Khimiki, Russia and used his trademark boxing to stop Guelke about midway through the opening round. 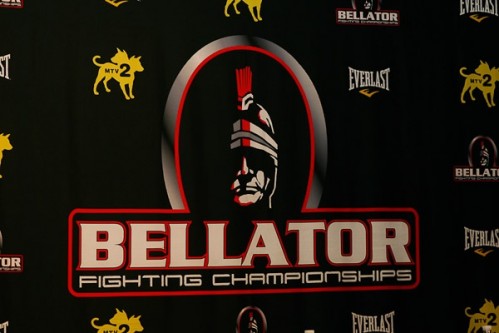 Bellator Fighting Championship has reached an agreement with Russia’s leading sports network, R2, that will allow the network exclusive broadcasting rights in the country. The deal with R2, effective September 28th, brings the total number of countries in which Bellator airs to 81, and introduces the tournament based promotion to an estimated 83 million Russian television viewers.

Aleksander Emelianenko, brother of the legendary Fedor, returned to action Saturday for the first time in almost a year as he took on novice Magomed Malikov.

According to Jeff Monson via Twitter, he will face Fedor Emelianenko on Nov. 12 in Russia at an M-1 promoted event. Is it just a coincidence this fight will take place the same day UFC debuts on FOX?

Fioravanti Takes Unbeaten Streak Overseas Luigi ‘The Italian Tank’ Fioravanti has always been an extremely dangerous opponent for any mixed martial arts fighter; he brings a veteran’s unshakeable will and a devastating striking arsenal that can blast through even the strongest defense. On April 28th, from the Ice Palace in St. Petersburg, Russia, Fioravanti aims … Read more 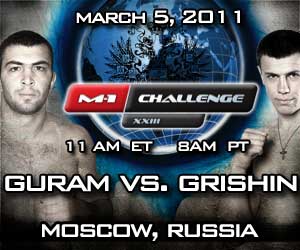 Successfully defending the welterweight strap in his first outing as M-1 Global’s 170-pound top dog, Shamil Zavurov notched his record to an impressive 19-1 after a complete domination of American scrapper, Tom Gallicchio this past Saturday night at M-1 Challenge XXIII. With the victory never in question, Zavurov’s definitive performance earned him the evening’s Knock … Read more