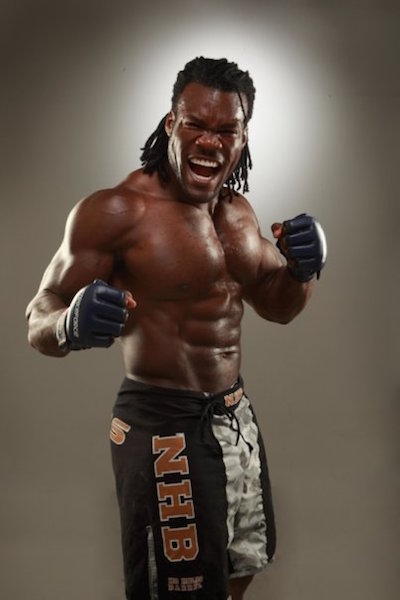 We are sad to report that former MMA fighter and BJJ champion Ron “Abongo” Humphrey has passed away at the age of 41. The Strikeforce veteran out of Atlanta passed away on Dec. 11 according to his obituary though details regarding his death have not been made public. Abongo fought four times under the Strikeforce banner between … Read more

There will be no Holiday Season for streaking light heavyweight Ovince Saint Preux, who’ll try to make it seven wins in a row when he fights for the third time since Nov. 19.

His 2010 Strikeforce run started in Nashville and he will start 2011 the same way. Ovince St. Preux will step back in the cage for the third time in seven weeks to face Ron “Abongo” Humphrey.

STRIKEFORCE: SHAMROCK vs. DIAZ brought MMA back to Showtime…boy did it! The Showtime portion of the card would make any MMA promoter envious.

The night started out with big Brett Rogers taking on “Iron Ring” winner “Abongo” Humphrey. “Abongo’s” physique alone is enough to make most men tremble; that is, unless your name is Brett Rogers. Rogers cut down to make the 265-pound heavyweight limit while Humphrey weighed in at 239 pounds.

Rogers was agile and kept an impressive pace for his size; both men did, for that matter. Humphrey kept coming forward but in the end it was his downfall. Rogers’ technical superiority became evident in his crisp striking that repeatedly found its mark.

PRO MMA (promma.info) was sitting cage side at “Strikeforce: Shamrock vs. Diaz” Saturday night, April 11, in San Jose, California. From the first bout to the last, the entire card was action packed. Only one fight went the distance and it was on the under card un-televised portion. Showtime viewers got a real treat with this reintroduction to MMA.

In the end, “The Legend” seemed more like a fable as the younger, taller, longer, and larger Nick Diaz kept Shamrock at bay with jabs and combinations. Shamrock occasionally found his way through the forest of punches but it was rare and even then it was only one or two shots at a time.