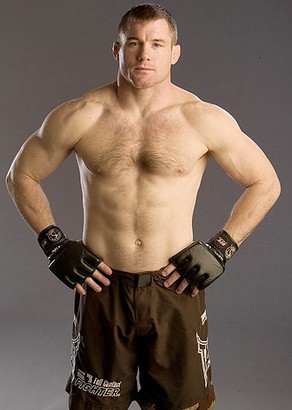 Granite City, IL. – March 23, 2011 – Today representatives from H.I.T. Squad, one of the most recognized and respected mixed martial arts training facilities in the industry, announced that they are under new ownership. The Granite City, Illinois MMA training facility is now officially known as “Finney’s HIT Squad.” According to gym representatives, Jesse … Read more

As the tenth season of the UFC’s hit reality series The Ultimate Fighter gets underway this week on Spike TV, you will see some very large men all competing for a chance to win a contract with the Ultimate Fighting Championship.

One of these large heavyweights is six-foot 240-pound Jon Madsen. He is a little different than most guys who come on the show. Madsen lives in The H.I.T. Squad fighter dorms, so transferring into a house full of fighters where he has to share the bathroom and kitchen was not a huge adjustment.

H.I.T. Squad welterweight fighter Brian Foster (11-3) was all set to make his UFC debut against Paul “Semtex” Daley at UFC 103 Sept. 19 in Dallas, Texas. Due to an injury to Mike Swick, the UFC was forced to move Daley up to fight Swick’s opponent Martin Kampmann leaving Foster in limbo as to whether he would still be fighting on the card. The UFC acted quickly however and brought in Portland, Ore., native Rick Story (7-3) to replace Daley.

PROMMA.INFO recently had the chance to talk with Brian about his UFC debut, how he is dealing with the change in opponents, and what fans can expect to see when the Shine Fights veteran and former MOTC Welterweight Champion steps inside the Octagon.

In this edition of PRO MMA GYM SPOTLIGHT, we are focusing on the H.I.T. SQUAD located in Granite City, Illinois. Among other fighters, the H.I.T. SQUAD is home to the most dominant welterweight champion in the history of the UFC, Matt Hughes. Hence the name: Hughes Intensive Training = H.I.T. SQUAD

PRO MMA (promma.info) had the privilege of speaking to one of the founding members of the H.I.T. SQUAD, who was also assistant coach for Team Hughes on “The Ultimate Fighter” season 6, Marc Fiore. Marc is not only the Head Trainer at the H.I.T. SQUAD, he is also the main Wrestling/Grappling Coach, fighter manager, corner-man, bus driver, and much more.

Marc brought us up to date on everything going on with the H.I.T. SQUAD including the team going undefeated this past weekend, the gym, classes they offer, their up and coming fighters, Matt Hughes preparing for his upcoming fight with Matt Serra, Robbie Lawler training for his upcoming bout with Jake Shields, if Robbie would ever fight an old rival, and much more.