CHARLOTTE, N.C. – The “UFC Fight Night 21: Florian vs. Gomi“ fighters stepped on the scales today at the Bojangles Coliseum in Charlotte, N.C., and ProMMAnow.com is happy to report all 22 competitors successfully made weight. A live stream of the weigh-ins was broadcast, and is now available for viewing in our UFC Room. UFC … Read more 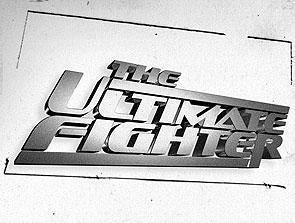 H.I.T. Squad fighter Brian Foster (13-4, 1-1 UFC) makes his third UFC appearance this Saturday, Feb. 20, at “UFC 110: Nogueira vs. Velasquez” in Sydney, Australia. Foster dropped his first fight in the organization at UFC 103 last September, with a submission loss to Rick Story. Two months later, he bounced back in a big … Read more

Martin Kampmann was scheduled to fight Ben Saunders at UFC 111 in Newark, N.J. on March 27. Apparently, he can no longer fight because he got a little scratch on his head. I thought these guys were tough… come on Martin! Kampmann tweeted about the boo boo on Tuesday: Out of UFC 111. I got … Read more

The Ultimate Fighter reality show has produced quite a few stars for the UFC in the past. Forrest Griffin, Rashad Evans, Kenny Florian, Deigo Sanchez, Nate Diaz, Michael Bisping, and Josh Koscheck are all a product of the uber-popular Spike TV show. Up until The Ultimate Fighter 10: The Heavyweights, the show featured fighters from … Read more

HOOKnSHOOT established in 1994, running MMA since 1995 (second only to the UFC) – It seems the MMA scene has been overtaken with a plague of more shows than fighters.

It’s seemingly impossible to put together even 10 fights anymore.   No one wants to fight out of their own show or comfort zone.  And new promoters (some of whom have never set foot on a mat or trained a day) don’t seem to be doing anything to compensate amateurs for their hard work or even care about anything other than making money.

Reports indicate that the San Jose, CA based promotion Strikeforce may purchase Pro Elite. According to MMA Weekly’s MMA Insider blog, the acquisition of Pro Elite could lead to MMA’s return to CBS as well as Showtime.

While the company that retains Pro Elite’s assets could find themselves on network television, it remains to be seen how many, or if any, of Pro Elite’s fighter contracts would transfer over. It has also been reported that an announcement of the purchase could occur sometime today or Friday. Strikeforce executive Mike Afromowitz came out yesterday and made it clear that no deal had yet been finalized.

“Any reports of a done deal are a complete fantasy. It’s complicated, and that’s why I don’t want to speculate. If anything is done, it will be very technical. It’s not as straightforward as you think.”

Sponsor-Fighters.com is currently seeking professional men and women mixed martial artists for a potentially international MMA reality show. If selected, you would receive a sponsorship package of money and products, one of your upcoming or recent fights (that you have the video of) televised, a meet and greet/personal training session with a nationally/internationally known mma star, and it all culminates with a televised live fight card as well.

If you are interested, please email me at BILLY247@gmail.com. Please include the following information listed below, photos (action shots preferred), and if you have video of your fights, please include one or two links to those as well. In the email, please list the subject line as “TV Fighter”.

It is being reported that the fighters still in contract limbo due to the failure of the sale of EliteXC have joined together with the Mixed Martial Artists Fighters Association and forwarded a draft of complaint to EliteXC officials to have them officially released from the company. They have warned in the complaint that if acknowlegement of their release is not granted within a specefied time frame, they will in turn file the complaint in open court.

The complaint itself was brought about by multiple fighters’ agents banding together with the MMAFA to speed up the release status of their collective clients’ contracts that are still owned by EliteXC.

We will have to wait and see what action, if any, EliteXC will take on this complaint but the agents feel like this will gain their fighters freedom to fight for other companies, as opposed to being stagnant and unable to earn an income while ProElite tries to sell their company.