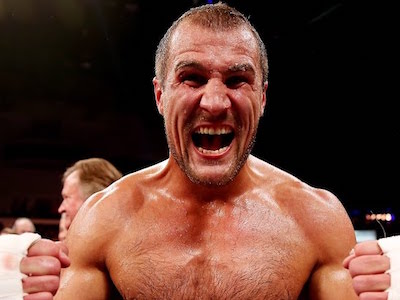 Sergey Kovalev is set to face British boxer Anthony Yarde in Russia on August 24th. With the bout taking place at the Traktor Sport Palace in Chelyabinsk, for Kovalev, it’s home soil. There has been a lot of speculation about this fight after it was due to take place earlier this year in June but after complications, had to be postponed. Sergey Kovalev vs Anthony Yarde betting odds can be found online and you can see who the bookies are backing – for most it’s Kovalev.

The advantage of playing in your home country is something that a lot of boxers will appreciate – not only for having a familiar following but also, having so much support from the crowd. For Kovalev, he hasn’t fought much in Russia since he turned pro, this being his fourth match in his home country from 38 fights – with most being held in America. That being said, it doesn’t seem to have phased Kovalev with winning 33 fights, but being back home is certainly a good boost as he hasn’t lost a fight in Russia since turning pro in 2009.

The timing of Kovalev fighting back at home couldn’t have come at a better time for the boxer after the whirlwind of scrutiny he has come under in recent years. The cultures between America and Russia are very different and the two counties haven’t seen eye-to-eye for many years, however, cultural differences are no excuse for some of the things Kovalev has done recently.

In June 2018, Kovalev was arrested in California for allegedly punching a woman in the face after she rejected his advances, she suffered a broken nose, a concussion and a displaced disk in her neck. That was bad enough but just the start for Kovalev as he seems to continue to find himself in trouble with recently being thrown off a flight in Florida after ‘kissing and throwing money’ at another female. As well as these public incidents, Kovalev is under more scrutiny after delaying the documentation signing causing the initial fight in June to be postponed until August. There has even been some talk of difficulties in getting him to do a drugs test, causing yet more speculation.

In between being publicly shamed and being sued for $8 million, Kovalev has a lot of personal matters that are currently distracting him from his upcoming bout against Yarde – who is not only undefeated but has won every single fight from a KO or unanimous decision. It couldn’t have come a better time for the boxer to fight in his home town and restore glory to his name.

’Krusher’ is fighting hard to retain his WBO light-heavyweight championship title in this round of Russian roulette. Will it be Yarde who comes out on top, having submerged himself in foreign waters against a highly decorated opponent; or will it be Kovalev who retains his title, restoring himself and his image in his home town and across the globe? We’ll be watching the event and the build-up to see who comes out on top.