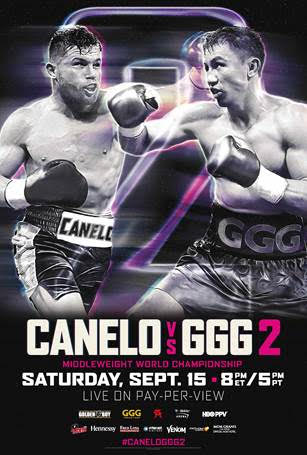 Ahead of the highly anticipated middleweight boxing title rematch between Canelo Alvarez and Gennady Golovkin on Sept. 15 on HBO pay-per-view, Golden Boy Media and Entertainment has released this official fight preview, “There Will Be Blood”.

The two fought to a draw in September of last year and the oddsmakers (Bovada) are favoring Golovkin in the rematch at -155, while Alvarez is considered the underdog at +125. With both boxers carrying big power and huge knockout ratios to their credit, this one is about as close as you can get between two stars at the pinnacles of their career. Who you picking?