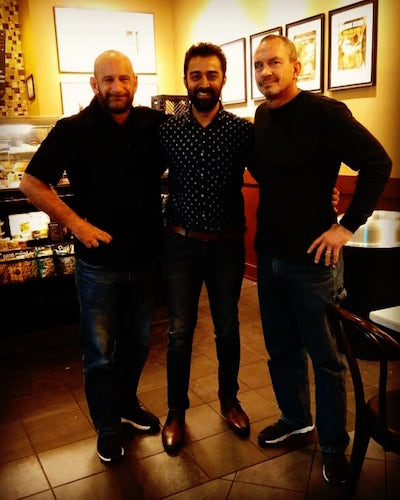 Superhuman Gym recently announced their partnership with JacksonWink MMA. One of the founding members of the Superhuman Gym, Somesh Kamra was an active part of making the entire project possible. He was also a part of the UFC fighter development program and sent multiple fighters from India to train at the JacksonWink gym in the USA. Somesh took some time out of his busy schedule to answer a few questions about the collaboration and the impact it will have on the Indian MMA community.

MMA is not a very popular sport in India. What got you into the MMA business? What are the biggest challenges that you have faced?

Well, its true that MMA is not a popular sport. It is a niche sport. However, I believe the sport has all the qualities to be a top 3 sport in India.

I was always a huge fan of combat and watching Pride FC around 2003 got me hooked to the sport. Since then there was no looking back.

What was the concept behind Superhuman Gym? When and how was it created?

Superhuman Gym was officially launched in March 2016 with the sole purpose of providing alternate modes of fitness training. We combined aspects of weight training with MMA training and provided a package to the clients. With the backbone of this organization being competitive in the fitness space, we took off well and now are on our way to launch India’s largest MMA gym in Manipal. It will set a benchmark for other MMA gyms.

We have been the point of contact for the UFC since 2012 for India. After a lot of brainstorming and thinking, we felt sending Indian fighters to a credible camp in the U.S. would be a good way to groom talent. That too had its set of challenges, but the UFC felt it was worth a shot.

See, the UFC is a large organization and there is a chain of communication that needs to go through before any calls are taken, so sometimes decisions may take some time, but the road ahead is super positive for India and that is something we cannot doubt.

How successful was the fighter development program? To what extent did it impact the decision of JacksonWink joining hands with Superhuman?

The fighter development program was a UFC brainchild and it truly helped the fighters in many ways. When we are thrown in there with the likes of Jon Jones, BJ Penn, Holly Holm etc, there is automatically a WOW and a feel-good factor. With that comes the confidence of performance and obviously the immense learning from masters like Greg Jackson and Mike Winkeljohn.

Our talks with team JW took shape immediately when we made a brief proposal to Greg and Mike. They were open on the idea but obviously needed clarity. It took about 4-5 months of negotiations and going back n forth and we finally signed the papers after we came to a common ground.

Trust me, Mike and Greg are two of the best guys I have dealt with and they are masters at what they do. They bring a wealth of experience along with them.

We have the larger gyms opening in the U.S. and in other parts of the world including India that position themselves as MMA gyms by bagging a brand, but everybody knows where the best fighters come from, and that is JacksonWink. So this moment is surreal for the both of us as Mike and Greg are extremely positive about India and I know the addition of JW in Superhuman will make us a force to watch out for. 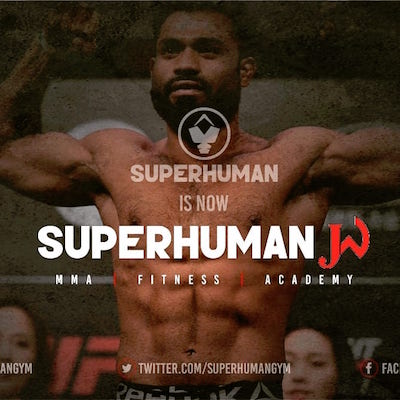 It’s pretty simple. We are a service based industry with about a decade of experience in the fitness business and half a decade of involvement in the MMA training business. Whilst we have established Superhuman as a knowledgeable brand (with the likes of Bharat Kandare in the UFC) and about a thousand active clients at our gyms, we felt the experience of Greg and Mike will add to the future plans at Superhuman. It’s a strategic alliance between Superhuman and JacksonWink that includes a coaches exchange program, fighter exchange program and a lot more.

What do you think will be the impact of this move on the Indian MMA community?

It will only benefit the Indian MMA community. At Superhuman we try and compare/compete with global standards hence we spend a lot of time and money on giving the local talent here the best. Imagine Jon Jones or Holly Holm coming for seminars to India and spending time with the talent in India. Won’t that be huge !!?

Can you go in detail about the process a fighter will undergo when he signs up for this program?

One aspect of this strategic tie-up is that it relieves the fighters from the training cost completely, which is huge. We also have arrangements for stay at the JacksonWink MMA Academy dedicated for Superhuman fighters. The fighters only have to pay for air fare and food if they want to train at the world famous JacksonWink academy. As far as India goes, we plan to get down the best fighters and coaches for seminars, camps and interaction with fans and budding fighters. Being a part of Superhuman, they will get this at a discounted rate. The rest have to bear the entire cost.