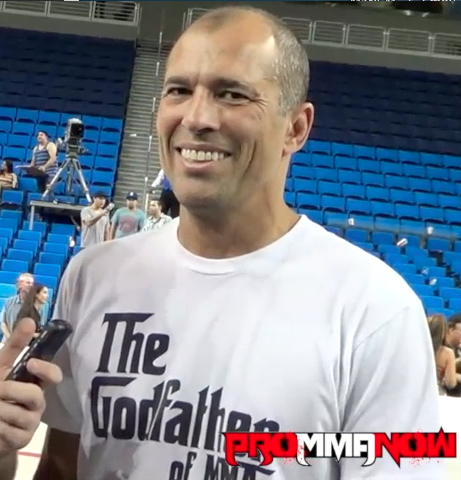 The wants and needs of fans is always the number one consideration when it comes to any event. It is, after all, the fans that purchase the tickets and viewing passes for pay-per-view events, and enable the UFC to continue indefinitely as the definitive institution of mixed martial arts. Regardless, UFC fans of an older generation cannot help but remember the humble origins of the UFC, which started with a simple eight-man tournament. From that event rose the UFC’s first ‘superstar’, in the form of the victorious Royce Gracie, whose all-round skills were a prototype for just about any fighter on today’s roster.

From the moment Savate fighter Gerard Gordeau sent sumo Teila Tuli’s front teeth flying across the canvas with a brutal head kick back in November 1993, as recorded by Sherdog, it was clear that the UFC meant business, and would in time place greater value on distinct narratives. Indeed, the first confirmed fight of July’s UFC 226, which sees the popular Daniel Cormier return to heavyweight action against Stipe Miocic, is certainly testament to this. Though Cormier is (as of 16 March 2018) a narrow 6/4 outsider against Miocic on Betway, those viewing will see the fight as a dramatic culmination of Cormier’s self-belief that he can still mix it in the most dangerous weight division of all. Such an overriding sentiment could only be quashed by the presence of seven other headliners, yet there is still a non-silent minority that occasionally lobbies for a return to basics.

Those in favour of regular knockout tournaments may base their justification on the ever-growing belief that the spirit of combat is being sacrificed, in favor of the ritual exaltation of the day’s cage idols before a major event. Such people may also see a more simplistic narrative within straight tournaments, and with fighters potentially facing three bouts in one night, it is as sure a test of stamina as anything.

There are, however, far more concrete reasons that eight man tournaments no longer exist in the UFC. The biggest names in UFC now have greater license to dictate their own terms, and furthermore, the prospect of lining up eight elite fighters with clear schedules and no injuries is a tall order at the best of times. There is also the cold, hard fact that the current tried-and-tested champion/challenger format has been the key to the UFC’s rise. To quote an old adage: if it ain’t broke, don’t fix it. There is no chance of the powers within the UFC franchise risking a lot of money for the sake of sentimentality. While a reversion to tournaments may attract a new influx of fight fans in the short-term, the long-term financial impacts could easily harm the UFC. In any sport, the biggest fights always have a huge amount of promotion – especially if they are primed to break PPV draw records – and are sometimes built up over a number of months in order to generate hype.

Stars such as Conor McGregor, not fight events themselves, have always been the fabric of UFC.

The World Boxing Super Series (WBSS) may provide an answer, for anyone whose support for set tournaments is under question. The WBSS is currently being held in the super-middleweight and cruiserweight divisions, and is being fought over a period of nine months. The time between fights allows for temporary delays due to injury, to ensure proper recovery and adequate time to hype up the fights. Therein lies a potential route for the UFC to consider, if there ever is to be a notable top-flight knockout tournament again. The Bellator brand employs this methodology to a degree, thereby providing fans with an alternative to the star-studded UFC. Indeed, this could be an attractive format for any combatant trying to make a name for themselves, or build their name back up. The format also opens up the possibility of a more Hollywood-style story, not unlike the popular 2011 film Warrior, in which an unknown – or a fighter trying to regain lost stature – flourishes against the odds.

Ultimately, if the UFC is to return to tournaments, then that may be the way to go. If expanded over a much greater period of time, fans can see the best fighters in the division, while financial risks at the franchise’s corporate level are minimized. Thus far, with the first quarter of 2018 almost at an end, boxing fans have been delighted with the WBSS so far, which implies that there may yet be a place for such a format – albeit occasionally – in the UFC.