The Prime Slots of Wrestling 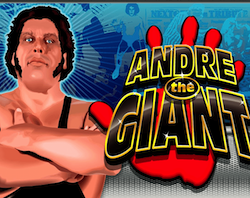 What’s the connection between slot machines and professional wrestling? On the surface nothing, but if you peek under the hood – everything!

Well, maybe that was an exaggeration. Still, the wrestling world continues to be a source of inspiration for slot designers and players alike. And if you think about it, it makes a great deal of sense. Wrestling heroes are figures bigger than life, the stuff of legends, and slot machine tend to work best with grand themes; you can check out the Dracula slot review by SlotSpinners, or the a Guns N Roses themed slot, or even the Starburst slot, one of the most popular slot ever made, set in deep space and scattered with sparkling stars and not-so-black holes.

So bringing the big names of wrestling to the slot experience is a win-win move. Especially in recent years, the slot industry is trying to lure younger demographics to the century old game. Of course the online incarnation of the slot game has practically nothing to do with the ancient three-reel, one pay line mechanical creations of the 20th century. Today’s online slots present the same level of graphics as any other computer game. And they evolved to community-based phenomena, with review sites, forums and an active presence on YouTube where players show-off Big Wins to the envy of others.

Going back to wrestling, and starting with one of the most recognizable and beloved-outside-of-the-ring-as-well wrestlers, it’s always cool to remember Andre The Giant. For all you kids out there, mind you that Andre was indeed a giant at 7’4” (2.24m) with a weight of 520 pounds (250kg).

The slot machine that was erected in his memory (the giant passed in 1993) is a pretty straightforward slot affair, with a unique Andre Goes Wild feature that has Andre appear and cover all positions on an entire reel – he was a giant after all – to rack up some extra winning.

The coolest thing about Andre The Giant slot game is the pre-show, before the actual spinning and winning begin. There you’ll see some of Andre’s signature moves as he handles his opponents like tiny Ken Dolls which after he goes down on one knee, his massive of a hand is waved in the air.

Andre’s most famous fight, and that’s a piece of wrestling trivia everybody should know, is the WWE championship at the Pontiac Silverdome during WrestleMania III in 1987 against no other than Hulk Hogan.  Andre lost, or as Hogan himself admitted recently, allowed him to win. If you haven’t watched this fight, you really, really should.

Which takes us to the no-less exciting Hulk Hogan slot machine.

Can you guess what is the ruling color of the Hulk Hogan slot? That’s right, it’s red. There are loud heavy metal guitars, loads of gold bars and piles of cash, chains hanging with the letters H, U, L and K and the Hulk himself displaying his bulging muscles and roaring over and over again, “Alright brother!” It’s a rap video wrapped into a slot machine.

Hogan was involved in the making of this slot, another bit in his never-ending merchandizing of himself.  It’s a 5 reel 20 pay-line slot, with killer bonus rounds with names like the Arm Wrestling Bonus and Big Fight bonus. You can love wrestling all you want, you can even be Hogan’s biggest fan, but when you play slots you always want to be able to win real money, on Prime Slots or other online slot machines sites.

This slot is like watching a live WWE fight on TV while playing Xbox and blasting hip hop on the stereo at a dangerous volume. This is not a slot game for the faints of heart, but nor is the WWE.  So it is the ideal game for WWE fans.

The game is available in mobile, so you can have the entire gang tag along with you everywhere. Rumors in the industry have it that under development is a second WWE slot game that will allow users to select wrestlers to fight one another in the slot game itself. This is still in the rumor phase, but skill-based slots are gaining popularity right now.

As mentioned earlier, the slot industry is looking to attract younger slot spinners.

The 20-something generation grew up connected to screens of all shapes and sizes and is not that crazy about chance-based games. They are looking for challenge, to hone their skills and be rewarded for it.

As the world of grown men hitting each other has evolved for WWE to UFC, from the fake to the hard-knock, so are slots evolving from relying on lady luck to demonstrating skills for money.