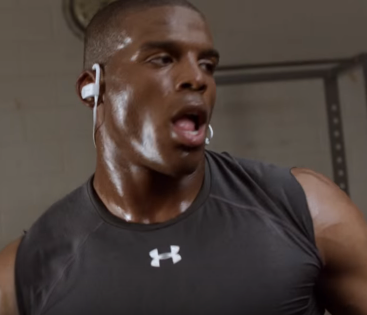 Carolina Panther quarterback Cam Newton and team defeated the Arizona Cardinals in the NFC championship game to make their second appearance ever in the Super Bowl. The Panthers will take on Peyton Manning and the Denver Broncos in what will likely be Manning’s last game. Newton has to be one of the most hated NFL players in the league, probably because he celebrates absolutely everything he does. However, the likely league MVP has a message for all of those folk in a recent Beats by Dre commercial that can be seen below:

As a native North Carolinian and Carolina Panther’s fan, I just had to share because I thought the commercial was perfect. Stay tuned to ProMMAnow.com as UFC 196 will take place on February 6, just one day before Super Bowl 50. Will the Panthers capture their first ever Super Bowl win, or will Manning get ring number two and ride off into the sunset?