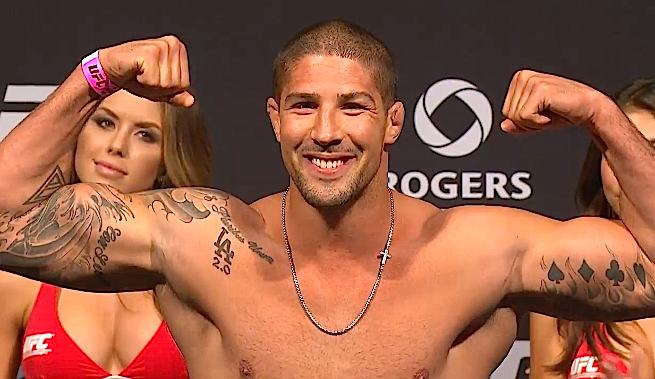 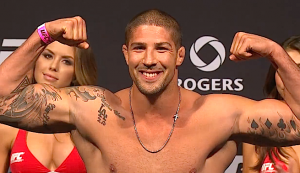 Brendan Schaub announced his departure from the UFC on Tuesday during an episode of his The Fighter and The Kid podcast. The 32-year-old heavyweight has been competing in the UFC since 2009 when he lost to Roy Nelson in The Ultimate Fighter season 10 Finale. Schaub rebounded in his next fight and went on a four-fight run, including a decision over Gabriel Gonzaga and a knockout of Mirko Cro Cop.

The former pro football player leaves the UFC with a pro MMA record of 10-5. He went 6-5 inside the Octagon over a span of five years. Schaub will now be focusing on his podcast and an upcoming television role soon to be announced. There’s also been rumors about a possible move into stand-up comedy. Reebok seemed to be the final straw for Brendan and he couldn’t bring himself to sign on with the new sponsorship agreement.

For listeners of the podcast it was obvious this was coming sooner or later, some way or other. It’s actually a little surprising the UFC didn’t cut him for how honest he’s been about his feelings toward the Reebok deal. Life transitions such as this are often uncomfortable and Schaub does get emotional during the episode. Of course his co-host Bryan Callen teases him plenty about it as he helps his buddy move on into the next phase of his life.