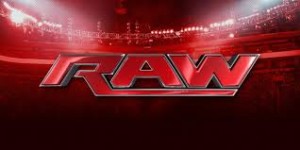 Team PCB’s Paige will be taking on Team B.A.D.’s Sasha Banks. Will Dean Ambrose and Roman Reigns find an ally to help beat back the Wyatt Family and their newest addition Braun Strowman? The Dudley Boyz have been running roughshod over the competition since making their return, could a Tag Team Championship match be in their future? Rusev and Summer Rae have Dolph Ziggler and Lana at odds with one another, will they be able to repair their relationship or is it a case if Rusev can’t have her no one will? Will Seth Rollins make it to Night of Champions with both his belts? John Cena and Sting will be fighting him for both titles on the same night — that is if Mr. Money In The Bank Sheamus doesn’t get to him first.

* Seth Rollins opens the show to address the Baltimore crowd. Rollins declares himself the man. Sting appears on the titantron with Seth’s statue. He tells Rollins to come and get it. … This brings out Sheamus and his MITB briefcase. He reminds Rollins he could cash in anytime, even at Night of Champions, and even if Rollins successfully defends both his titles.

* Rollins runs into Stephanie McMahon backstage and wants to know if HHH has a plan to deal with Sting and Sheamus. HHH tells Rollins to focus on what’s important, being ready for NOC, so sets him up with two matches tonight, one against Intercontinental Champion Ryback, and then he’ll team up with New Day to take on Prime Time Players and John Cena.

* Sasha Banks vs. Paige — Just as Paige is about to pin Sasha, she gets distracted by Naomi who starts to rush in the ring, this allows Sasha to roll Paige over for the pin.

* Dean Ambrose, Roman Reigns vs. The Ascension — Ambrose finishes Viktor with a Dirty Deeds. This brings a message from Braun, Bray and Luke on the titantron promoting Night of Champions.

* Kevin Owens confronts Ryback backstage during an interview with Renee. He tells Ryback he just wants to wish him good luck in his upcoming match with Rollins, and be careful not to bite off more than he can chew.

* Seth Rollins vs. Ryback (Champion vs. Champion match / no title on line) — Rollins has Ryback just about beat when Sting appears on the titantron and asks him what he’s doing and he’s waiting for him. This distraction allows Ryback to roll Rollins up for the pin. After the match Sting is shown putting his mask on Rollins’ statue. This of course infuriates the heavyweight champ.

* Summer Rae and Rusev take to the ring as Summer apologizes for her recent indiscretion with Ziggler. She said it was a moment of weakness and meant nothing. “You betrayeded me,” says Rusev. “But I accept your apology.” He blames Ziggler for this and says Summer is the victim, and so is Lana. This brings out Ziggler. He says he has a message from Lana and gives him a super kick to the chin that flattens him. Rusev takes off with Summer in tow. Lana is not there tonight due to a supposed broken wrist, though Rusev it was a broken heart.

* Randy Orton vs. Sheamus — Orton finishes Sheamus with an RKO. The Wyatt family attacks Randy after the match and Strowman finishes him off.

* Cesaro vs. The Miz — Miz is working Cesaro over outside the cage when Big Show comes out and causes Miz to lose the match via countout. Because Big Show couldn’t get to Miz he takes out his frustrations by knocking out Cesaro.

* Nikki and Team Bella announce the Bellatron and the official countdown to her record breaking upcoming title defense. This brings out Team PCB and Charlotte promises to beat Nikki for the Divas Championship. This starts an all out brawl between the two teams. Charlotte hits Nikki with a Spear, then a Figure-8. Her teammates were unable to help.

* New Day, Seth Rollins vs. John Cena, Prime Time Players — Cena finishes Kofi with an AA. Sting is shown on the titantron after the match and is shown throwing Rollins’ statue into a garbage truck that has a crusher in the back and Rollins sees it destroyed. The champ gets no respect.