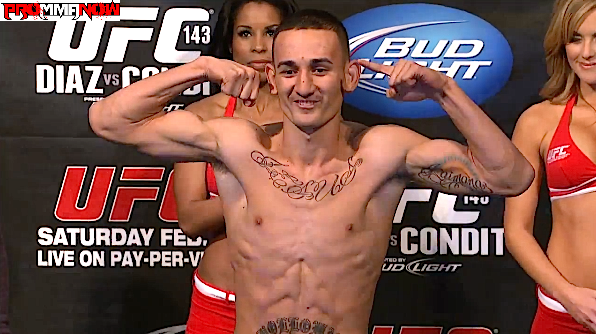 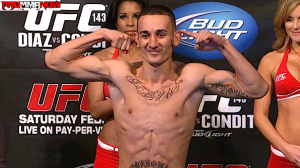 UFC officials have announced the main event for the upcoming UFC Fight Night 74 event on August 23 in Saskatoon, Saskatchewan, Canada. A featherweight scrap between Max Holloway and Charles Oliveira will be the main event in what should be an outstanding matchup of young ranked featherweights.

Holloway (13-3) is coming off a third round submission win over Cub Swanson in his last outing. The young Hawaiian six consecutive wins since losing back-to-back fights against Dennis Bermudez and Conor McGregor in 2013. In fact, the Bermudez fight was a controversial split decision loss. Holloway has secured either “Knockout of the Night” or “Performance of the Night” bonuses in three of his last six bouts.

Oliveira (20-4, 1NC) is coming off a third round submission win over Nik Lentz in his last outing. The young Brazilian has rattled off four consecutive wins since losing back-to-back losses against Cub Swanson and Frankie Edgar. Oliveira has won “Performance of the Night” bonuses in three of his last four fights.