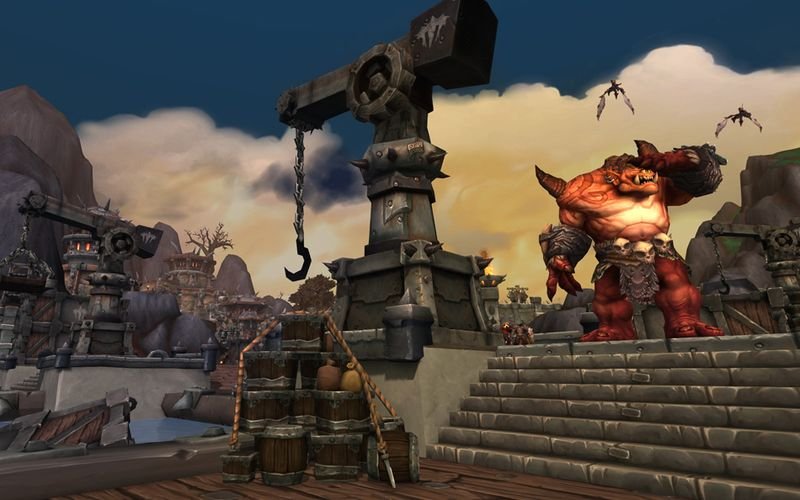 WOW has seen many changes, updates, and graphics modifications over the years and according to early reports this one is pretty cool. It takes you to places full of demonic forces that of course requires a player to be level 100 to visit. It has chapter quests and random quests to keep you busy in seven, count them, seven new areas to explore, plunder and generally troll enemy players.

Here is what Blizzard released about it so sit back, read, and enjoy!

Deep within Tanaan Jungle, the manipulations of the warlock Gul’dan have twisted what remains of the Iron Horde into a sinister new form—an army of fel orcs brimming with demonic strength and insatiable bloodlust. Now Gul’dan continues his machinations from inside the seemingly impenetrable Hellfire Citadel, plotting to open a portal for a massive invasion force.

In Patch 6.2, level 100 heroes of the Horde and the Alliance must return to Tanaan Jungle and stop Gul’dan before his dark plans bring about untold ruin. As part of your quest, you’ll explore Draenor’s darkest corners, confront twisted new foes, and face a new series of chapter-based quests that will put everything you’ve learned on Draenor to the test.

Getting to Tanaan Jungle

One does not merely stroll into Tanaan Jungle—there are preparations to be made, including establishing a Shipyard for your Garrison in a bid to take on this new threat from two directions: both land and sea. You’ll progress through a series of quests in which you’ll be asked to build a Shipyard, begin an assault on Tanaan by sea, and set up a new forward base hub—Vol’mar for the Horde and Lion’s Watch for the Alliance. Completing missions will provide materials for your Shipyard, supporting your ongoing efforts to control the seas of Draenor.

Much like the previous Garrison Campaign chapter-based quests, a new series of random quests will take players through the developing story and further into the jungles of Tanaan, including key locations such as the cave in which Kilrogg sacrificed his eye. Over the course of your journey, you’ll learn that Gul’dan and his fanatical allies have even more sinister plans up their sleeves.

Once your new outpost is established, you’ll go on the offensive and choose one of two hot spots each day to assault. Your goal is to undermine Gul’dan’s plan to drag the whole of Draenor into chaos. There are seven new areas to explore, including:

More to Explore and Discover

There will be even more to discover as you make your way through the ongoing battle for Tanaan. Safety is an illusion, and the jungle houses more than just Gul’dan’s new Horde. The warlock’s influence has had a corrupting effect on the land, and the fel water that flows here taints everything it touches.

You’ll also discover more minor quest hubs and a variety of wildlife, along with dozens of new treasures and Rare creatures just waiting for unwary travelers to stumble upon. The path through this treacherous place is yours to forge.