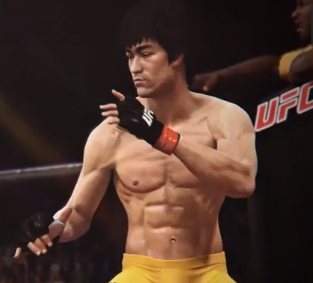 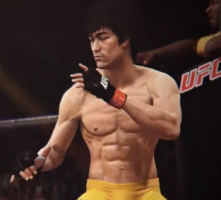 Yes you can play as Bruce Lee in the upcoming EA Sports UFC video game due for release on June 17th. Now take a look at the Master in action from actual in-game footage. Bruce Lee fans will immediately recognize the gestures and movements of the man considered by most to be the godfather of mixed martial arts.

Watch Lee use his boxing, kicks and even submissions in this clip. Also hear from UFC President Dana White, Light Heavyweight champ Jon Jones, and Lightweight champ Anthony Pettis as they share their thoughts on what Bruce Lee means to the sport of MMA and to the UFC.

How do you think Lee would do in today’s MMA game? How would he fare in the UFC and what are some of the match-ups you’d like to see?