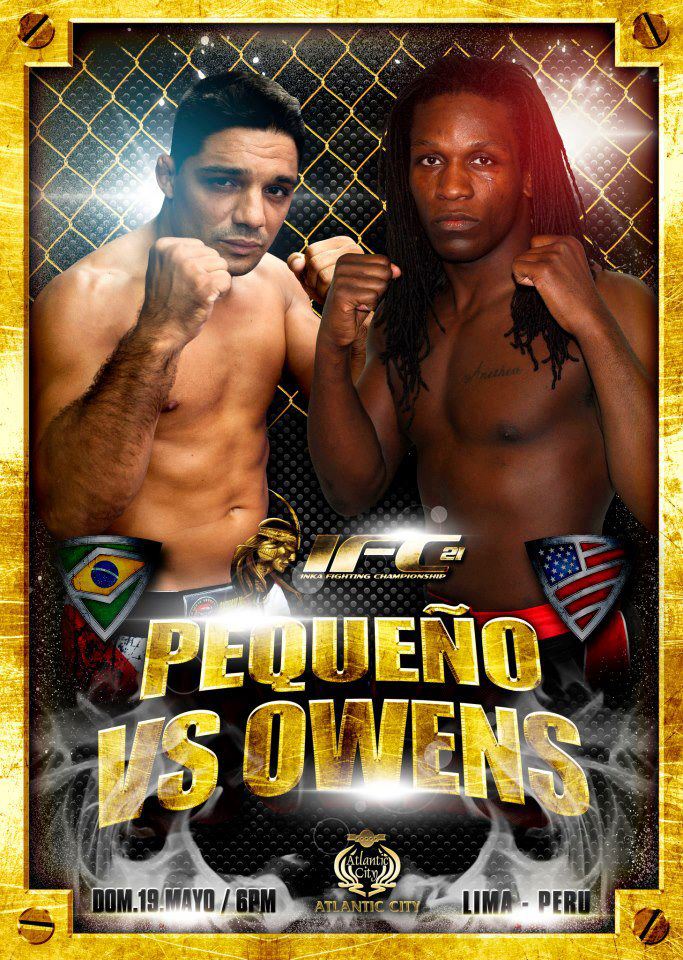 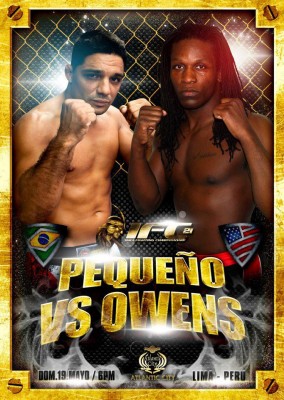 North Carolina fighter D’Juan Owens (7-4) is starting make some strides in the MMA world coming off a big win at XFC 22 in February against previously undefeated Nate Landwehr.

Owens enters the biggest test of his young career as he’s set to take on Shooto and WEC veteran Alexandre Franca Nogueira (14-6-2) on May 19 in Lima, Peru, for the Inka Fighting Championship featherweight title.

Owens talks about how this fight came about and why a win in this fight will put him a step closer to reaching his goal of fighting in the big show.

KH: You’ve put together three consecutive wins, including your last win against Nate Landwehr at XFC 22 in February. I know you spoke about have a heightened sense of clarity coming out of that fight. Talk to us a little about that as well as what you’ve been working on since then?

DO: I went into my XFC fight with some momentum and I believe that momentum in addition to a good training camp really put me in a good place mentally. My XFC fight was probably my toughest fight to date though. That experience really opened my eyes to how devastating a bad weight-cut can be to my performance. I’m grateful for the win, but I pride myself on putting on a show for the fans and I feel my performance suffered a little. Since the fight I’ve been working more on my boxing as opposed to strictly muay thai, and I’m continuing to improve my wrestling. I’ve also tweaked a few things in my diet in preparation for this fight.

KH: You’re taking on MMA veteran Alexandre Franca Nogueira in your next outing at the Inka Fighting Championship 22 event. Talk to us a little about how that fight came about and why this is a good fight for you at this point in your career?

DO: The Inka Fighting Championship was looking for an American opponent to fight Nogueria and fortunately for me a friend of mine was in the right place at the right time and vouched for my skills. When the matchmaker got in touch with us I sent him a few of my highlights and interviews. There were a few other fighters who had much more experience in terms of the amount of fights they had and the promotions they’ve fought for so again I’m thankful that everything fell into place. As far as fighting Nogueira goes, I plan on competing and winning at the highest level of the sport one day and at this point in my career I believe he is the caliber of opponent I should face in preparation for that.

KH: Nogueira has been fairly inactive as of late, fighting once in 2012 and a total of three times since 2008. What exactly are you expecting him to bring to the table at this point?

DO: Nogueira hasn’t been too active lately in MMA but he’s been competing in a few grappling events from what I see. I think he’ll pose the same threats he’s always posed and that’s a grappling oriented attack with not much variety.

KH: Right, Nogueira is known for his ground game with 10 of his 14 wins coming via submission. Without going into much of your gameplan, where do you think Nogueira may be vulnerable coming into this fight?

DO: He’s a strong grappler so I’m definitely preparing for that but I feel I’m a much more well-rounded fighter. My gameplan is no secret, I’ll keep the fight standing and out strike him until he starts looking for a way out, and if the fight hits the mat, I’ll try to cave his head in with elbows from the top. I’m too hungry and too much of a beast for Nogueira. The biggest chink in his armor is his mentality. I have absolutely no respect for fighters like him. All I’ll say on that is I’m 100% drug free and my training and life experiences give me enough confidence to be a professional MMA fighter.

KH: Now he has been finished via TKO in four of his six losses, is that something that has caught your eye as far as something you may be able to capitalize on?

DO: He was the Shooto Champion for 6 years and his WEC loss was to Jose Aldo, so the quality of his competition was high for most…if not all of his career. I think the losses by TKO are due to him winning fights against opponents who also considered themselves grapplers and that more than anything is why he has no submission losses. I’ll definitely throw strikes at every opportunity and make it more of a MMA fight than a grappling match.

KH: Now you’ll have to do a bit of traveling for this fight to Peru. Have you been doing anything in particular to try and prepare your body for that, or have you received any advice from someone that has experienced this in the past?

DO: I’ve definitely been preparing for the difference in altitude in Lima. I have a few friends who have lived there and besides speaking with them I’ve done my homework online. Along with my striking and ground & pound, I feel that my cardio is also one of my best weapons.

KH: What would a win over a seasoned vet like Nogueira mean to you and your career?

DO: A win over Nogueira and becoming the champ of one of the most prestigious promotions in South America should put me on the radar of a lot of the bigger promotions. Being the only fighter from the U.S. on the show is an honor on it’s own and hopefully everyone will support me as I go to Peru to represent!

KH: Solid point. Is there anyone out there you’d like to thank as you prepare to go off into battle?

DO: I want to thank my family, friends, teammates, and instructors for all the support they’ve given me throughout my career. When I step in that cage I’ll use every ounce of will and skill I possess to bust Nogueira’s ass. This is another pit stop on our journey to the big show and I’m putting in some serious work to represent for you guys. My family at Triangle Jiu Jitsu and United Thai Boxing have me more than ready for this fight! Big thanks to the homeys at Westside MMA and the MMA Institute also.

I want to give a big shout out to Cageside MMA! Check them out for all your MMA gear and apparel needs! I also want to thank Oak Grove Technologies! Also, check out my Facebook fan page for all the latest updates with my career.