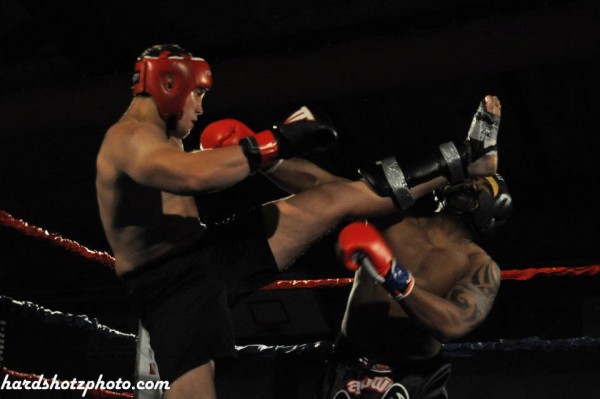 Professional kickboxing’s biggest promotion GLORY is looking for the best kickboxing talent in the US and they’ve created a tournament series format to find that talent – the Road to Glory. The series includes six big tournaments in six different weight classes all happening within the first five months of 2013 in cities throughout the United States.

Each weight class will get its own one-night, eight man tournament with the winner being awarded $20,000, with an additional $14,000 for other participants. The winners of the tournament will also be offered a one year contract with GLORY – which holds events all over the world.

A native of Penza, Russian and now a Sevierville, Tenn. resident Evgeny Zotov has been tapped as a last minute replacement to compete in the Road to Glory’s 8-man middleweight tournament being held in Los Angeles, Calif. on February 9th. We caught up with Evgeny to ask him a bit about himself and how his training is going.

What is your background in Martial Arts?

I started in Shotokan Karate when I was 12-years-old and practiced that style for 8 or so years. I ended up with a 4th degree black belt in that style and am very happy that I learned such a great art so young. When I was in the military I studied Sambo and Combat Sambo as they’re part of the training for the Russian Special Forces. Since moving to Tennessee I’ve been training at Knoxville Martial Arts Academy (KMAA) with Eric Turner and Joey Zonar and have been learning MMA with them for 4 years now.

What titles have you held?

The first kickboxing event here in Sevierville, Valor I believe was the name, I was the light heavyweight champion.

How does it feel to get the chance to perform on a huge stage with some of the nation’s top middleweights? 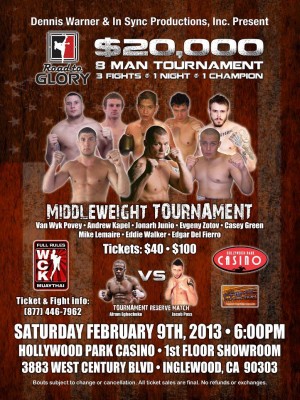 You’ve also done some MMA, what is your goal with competition?

I just want to perform well. I want to be at a high level and do my best.

In Russia, we focused a lot on very technical details. In the US, training seems to be very rough with an emphasis on cardio and toughness.

Anything you’d like to tell the reader’s about yourself before we go?

I want to thank my friends at KMAA for helping me get to this stage, especially Joey Zonar since he worked so hard on my behalf. I’m concentrated on winning and putting on a good show. Nothing else matters.