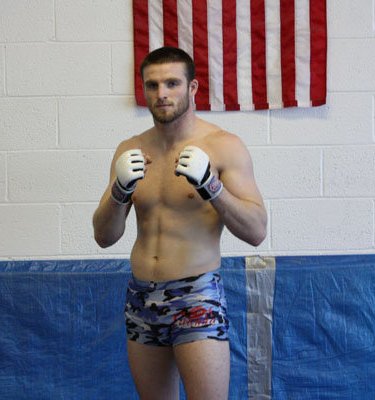 As Jordan Rinaldi (5-0) made his way to the Octagon this past March as part of “The Ultimate Fighter Live” season premier, the pressure began to mount. Not only was so much on the line in his bout with Joe Proctor (8-1), but it was also playing out in front of unquestionably the largest audience of Rinaldi’s career to date. And while Rinaldi would ultimately lose the bout via submission, costing him a spot on the show, he didn’t leave empty handed.

“The experience was great,” Rinaldi said. “I had the opportunity to meet all of the people there behind the scenes and everybody was great. The experience where I was fighting without my team and without anybody around me really that I knew, that was very difficult. It was a lot of pressure honestly, just being on live TV and everything like that. The biggest thing that I learned from that experience was just being able to function well under pressure, because I was doing pretty well until the submission.”

After returning home from the show, the North Carolina native decided to quit his job as a car inspector in order to focus all of his attention on furthering his MMA career. Now, training three times a day for six days a week, Rinaldi said that he can already tell a noticeable improvement in his overall skills as a fighter.

“You know, I had a good little fight on ‘The Ultimate Fighter’ and I realized that I am up to the caliber of the fighters in the UFC I think,” Rinaldi said. “So I figured that it was time for me to quit my day job and focus full-time on fighting, so I went ahead and did that. It was a great idea and it has really stepped up my game a lot.”

Now, for the first time since appearing on “The Ultimate Fighter Live,” Rinaldi will be stepping back into the cage when he takes on Mark Dickman (5-0) in a catch weight bout at 150 lbs. this Saturday, June 30, at Resurrection Fighting Alliance 3.

Dickman, who won a NAIA national wrestling championship in 2007, went undefeated in his amateur MMA career and has yet to be stopped in his five professional bouts so far. In his most recent outing, Dickman defeated Ted Worthington via TKO at RFA 1 back in December of 2011.

“Mark is very, very well rounded as a wrestler for sure,” Rinaldi said. “I just believe that I am more well rounded than him. My wrestling obviously isn’t going to be better than his, but I think my jiu-jitsu is better and my standup is better as well.”

As part of his training camp, Rinaldi spent time working with two wrestlers who competed at the same collegiate level as Dickman, and despite a few struggles, Rinaldi feels on point heading into Saturday’s bout.

“My training camp has been going great,” Rinaldi said. “We focused a lot more on grappling, clinch work and everything like that. I also focused a lot on my cardio and my stamina. With this being a catch weight bout at 150 it has been a little battle to get my weight down, but doing a little more cardio was the key to it and my weight is great right now.”

And while Rinaldi doesn’t expect his wrestling to be better than his opponent’s, the Royce Grace purple belt isn’t worried about the idea of the fight being contested on the ground.

“I’ll be testing to see how my wrestling will stand up against his, and if he wants to make it a wrestling match we’ll do that,” Rinaldi said. “If he wants to make it a jiu-jitsu match we can do that, standup or whatever. I’m very comfortable on my back. My submission game is better than what I displayed on The Ultimate Fighter. I’m confident in my jiu-jitsu game and if I am on my back I’m confident that I can throw up any submission.”

For Rinaldi, Saturday’s bout is an important step in getting back on track and proving to himself that he’s ready to take the next step in his career.

“This fight is so important for me right now to just get back on the winning streak, bounce back and let myself know I can win fights and that my 5-1 record has not been a fluke. I’m technically 5-0, but I personally count [the TUF fight] as a loss. Joe beat me and there is nothing else I can say about it. So this fight is a big thing for my confidence and just moving forward in my career.”

As for the future, Rinaldi hopes to one day make it back to the UFC and prove that the Octagon is where he belongs.

“I’m just taking it step by step,” Rinaldi said. “The goals is to make it to the UFC and then one day be a champion there. I’m not lowering my goals or expectations for myself at all and I’m going to keep them at that level.”

Resurrection Fighting 3 will take place at the Viaero Event Center in Kearney, Nebraska and will be broadcast live online via FIGHT NOW! TV.