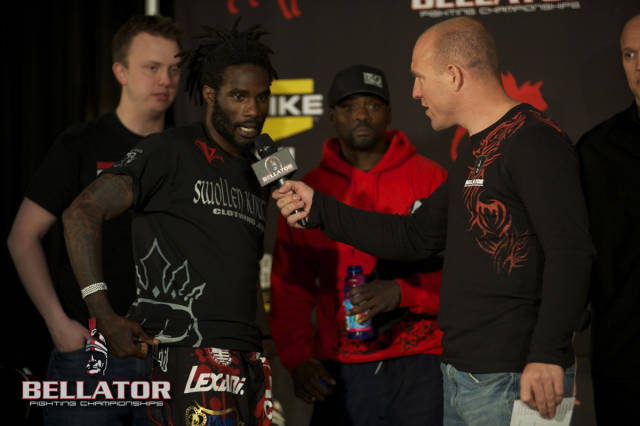 When Bellator contender Daniel Straus (19-4) reached the finals of last year’s featherweight tournament, he couldn’t help but think that he gave Patricio “Pitbull” Freire a little too much respect en route to a close decision loss.

It’s really the only time Straus felt like he didn’t leave it all in the cage and do everything he could to impose his game plan. Thanks to a gutsy semi-final win over Mike Corey at Bellator 65 on April 13 in Atlantic City, Straus will get the opportunity to erase that memory in his second finals appearances against former Sengoku champion Marlon Sandro (22-3).

The fight against Corey had a little extra meaning after the tragic passing of Straus’s friend and teammate Christopher Smith in a car accident just a week earlier. Determined to make Smith proud and honor his memory, Straus won a hard fought decision thanks to his boxing skills and speed advantage.

“I thought I’d be faster than him, that’s about it,” Straus told ProMMAnow.com at the post-fight press conference. “I thought we were about even on the fight. I didn’t expect my speed to be so much greater, but it definitely played a part.”

Now slated to face Sandro on May 11 at Bellator 68, Straus will need to beat a heavy-handed submission expert if he wants to breakthrough and win the coveted Bellator tournament title. Rather than focusing solely on the style match-up, Straus is also relying on his mental game to go up against Sandro, who is dangerous on the feet and on the ground.

Asked about trading punches on the feet with Sandro, Straus said with a laugh, “Truth be told, I’m scared to fight anyone on the feet; who wants to get punched in the face?”

As for the finals loss to Freire, it might be on the back of his mind for a few days, but not once he turns his sights to Sandro.

“It might weigh a little bit, it might not. It happened and it’s the past,” he said. “That fight isn’t going to make or break this fight. It’s not like I won’t think about it; I’ll maybe think about it today and tomorrow, but that’s it.”