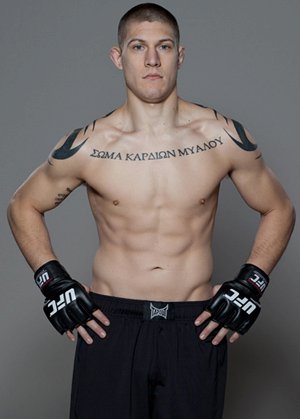 Have you ever wondered how it feels when a fighter walks out to the cheers of thousands of fans, or what it is like to be in a fighter’s corner on fight night?

TUF 13 veteran and former TUF 13 ProMMAnow.com blogger, Ryan McGillivray, is offering one lucky MMA fan the chance to have that experience when he fights Diego Bautista at “MFC 32: Bitter Rivals” at the Mayfield Conference Centre in Edmonton, Alberta, on Jan. 27 LIVE on HDNet.

A drawing will be held on Monday, Jan. 23, to determine who Ryan’s special cornerman will be for MFC 32. To be eligible for the drawing entrants will need to make a donation of any size to the Stollery Children’s Hospital by stopping off at McGillivray’s gym, Legends Training Centre, at 11500 170 Street in Edmonton and fill out a form with their donation. The form can also be found at www.legendstrainingcentre.com.

When McGillivray was 16-years-old he broke his back while playing sports. Thanks to Stollery Children’s Hospital in his home town of Edmonton, the young McGillivray not only recovered, but was eventually able to go on and have a very successful professional sports career.

He explained why the cause is close to his heart:

“I spent some time there when I broke my back, and they do so many good things there. In my mind, there’s no better cause to support than the Stollery, not only because I was a patient there, but also because I’m a father now and I would want the best care and comfort possible for my daughter if it was ever needed.”

In addition to being in the UFC veteran’s corner during his fight, the winner of the drawing will get to accompany McGillivray on stage when he weighs in on Thursday, Jan. 26, they will also get to be in the locker room as he prepares for his fight and then join the rest of McGillivray’s team on the walkout to the ring.

McGillivray said he always has a third person in his corner along with his dad and another coach. Sometimes that third person is a sponsor or a friend, but for this fight he wanted to use the opportunity as a way to raise money for this great cause.

You can learn more about Stollery Children’s Hospital on their website at www.stollerykids.com.