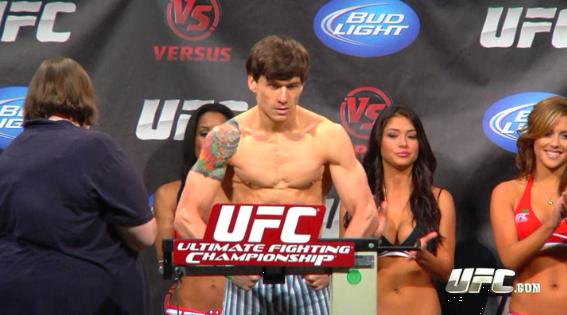 In addition to the bantamweight title fight main event between Urijah Faber and Dominick Cruz at UFC 132, another 135-pound bout has been added to the card, scheduled for July 2 at MGM’s Grand Garden Arena in Las Vegas.

Bowles (9-1) won the WEC bantamweight title in Aug. 2009 with a first round knockout of Miguel Torres at WEC 42. However, he was unsuccessful in his first title defense, losing a second round TKO (doctor stoppage) to Dominick Cruz at WEC 47 in March 2010.

Bowles bounced back in his next fight by putting Damacio Page to sleep with a guillotine choke in the first round of his UFC debut at UFC on Versus 3 in March 2011.

The title loss to Cruz remains the only blemish on Bowles’ record, and an impressive win over Mizugaki could put him right back in line for a shot at the title against the winner of Cruz vs. Faber.

Mizugaki (14-5-2) has been up and down in his Zuffa career with three losses and three wins. The Japanese veteran made a successful UFC debut last month with a split decision win over Reuben Duran at UFC on Versus 3.