Sergio Pettis talks about being an MMA fighter in high school and the brother of “Showtime” – ProMMAnow.com Exclusive 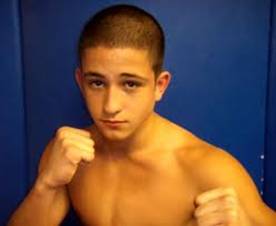 Few high school students are busy with interviews when they get out of school for the day, but then again, Sergio Pettis isn’t your typical high school student. Not only is he the brother of WEC lightweight champion and UFC fighter Anthony “Showtime” Pettis, but he is also undefeated in his amateur MMA career.

“It’s hard to try to fight and do school at the same time,” Pettis told ProMMAnow.com‘s Josh Cross. “It’s just you have to dedicate so much time for training that I have to time manage my schedule.”

Pettis said that despite being an MMA fighter with a famous older brother, he doesn’t really have any problems with the other kids at his school.

“They kind of just see me as a fighter,” Pettis said. “Some of them look up to me. They’ll look up to my brother a lot from the “World of Jenks” show.”

While he has never had an issue with someone trying to pick a fight with him outside of the cage, Pettis attributes the lessons he has learned while training at Duke Roufus’ gym as being a reason why that has never happened.

“At Duke’s gym they teach a lot about life skills,” Pettis said. “We try to be the bigger man and walk out and just talk our ways out of the fight. We don’t want to use what we learn at the gym outside of it.”

Another benefit of training at Roufusport for Pettis is his relationship with owner Duke Roufus.

“He’s like a father figure at the gym,” Pettis said. “He helps me outside of the gym and he helps me in the gym. For every question I have, he has an answer for [it]. He’s very informative. He’s a good coach all around.”

“My brother is amazing,” Pettis said. “It’s fun training with him. He teaches you new things and he thinks outside the box. It’s just a whole new training experience.”

“He’s [also] a great brother. He takes real good care of me and he just wants the best future for me. He’s pushing me every day training.”

As for when his next fight will be, Pettis said that it probably will not be until later this year until it happens.

“I was supposed to have [a fight] in April,” Pettis said, “But I think we’re going to wait until I turn 18 so I can have a pro debut. So I’m guessing somewhere around September.”

When he does make his return to the cage, Pettis said that for now, he will be fighting as a bantamweight.

Pettis said that he would love to compete at lightweight if he could make weight, but while that would put him in the same weight class as his brother, don’t expect to see them fighting anytime soon.

“I get this question a lot if I would fight my brother,” Pettis said. “I don’t know if I would do that you know.” (laughs)

In the meantime, Pettis is working on some of his own moves like the famous wall kick that his older brother debuted at WEC 53 last December against then champion Ben Henderson.

“I’m trying to come up with something new,” Pettis said. “[My brother’s] got so many ideas that it is hard to compete with that, but I think I can pull some tricks out of my sleeve.”

Sergio wanted to give a shout-out to Diamond Cup MMA, Duke Roufus, his brother, and everybody at Roufusport.