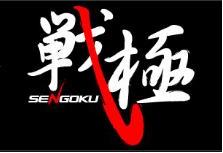 In the press release, the MMA promotion says — via Google Transalte — that its “only hope” is for a new sponsor to fill the void left by Don Quijote’s departure.

Sengoku’s troubles are part of a growing concern over the future of all major MMA organizations in Japan. FEG, the parent company of DREAM and K-1, is also struggling, with numerous stories over the last few months of its combatants waiting weeks or even months to receive their paychecks. Also, Sherdog.com recently reported on a growing financial scandal within the Shooto organization.