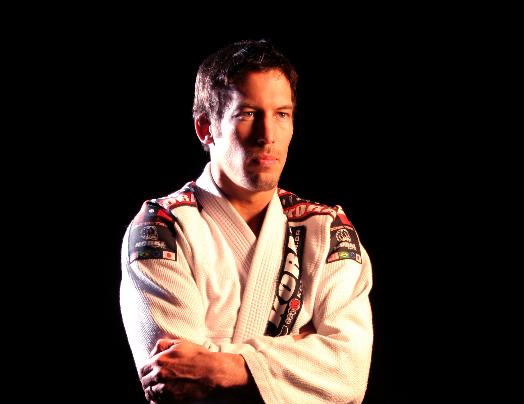 Former UFC fighter Jeff Joslin (5-3) had his professional mixed martial arts career cut short by injuries, but the battle-tested Canadian from Hamilton, Ontario, who faced the likes of Josh Koscheck and Jon Fitch, is still actively involved in the sport.

His venture into martial arts was inevitable. In 1967, Joslin’s father opened up a training facility that housed a very successful kickboxing program. Joslin took up the art of Brazilian Jiu Jitsu about 16 years ago and the school later began a grappling program.

As for his fight career, it was an interesting run while it lasted that certainly made the hardcore followers of the sport take notice.

A notable and somewhat controversial bout came about a year before Joslin made his Octagon debut. In July 2005 at “Freedom Fight: Canada vs. USA,” he squared off against Fitch, who later became a top UFC welterweight contender.

“It was a bad hometown decision, so I decided I wasn’t going to fight in Quebec again after that,” Joslin said. “But then Freedom Fight called up and offered me a fight with Jeremy Jackson. He had to back out and then they said I’d fight Mike Guymon. Then, after that fell through, I found out I was fighting this guy named Jon Fitch.”

During an exchange in the first round, Fitch dazed Joslin with an accidental headbutt.

“In the first round, I ended up taking him down and doing really well on the ground,” Joslin said. “I actually thought it was a punch,” he said of the accidental blow. “I didn’t even see it, but I was pretty dazed and it broke my nose and knocked out a tooth.”

Then in the final round, things took a turn for the weird. (You can see a video breakdown here.)

“I slipped one of his punches and hit him with an uppercut,” Joslin said. He followed that up with a series of strikes that had Fitch reeling.

Of course, in MMA, if you’re hurt by a legal punch and can’t continue, the other fighter is awarded a TKO victory. But for some inexplicable reason, the referee gave Fitch a timeout, after which the bout continued and Fitch earned a controversial split decision win.

“He looked over at the referee like he wanted to stop,” Joslin said. “But he gave him a two minute break.”

Joslin, though, actually has fond memories of the fight itself, an entertaining, tough match between two talented fighters. And one win later, Joslin got his big break.

In December of 2006 at UFC Fight Night 7, he gave an up-and-coming Koscheck all he could handle.

While Koscheck hadn’t yet evolved into the title challenger he is today, he was already giving becoming quite a force in the welterweight division with his athleticism and strong wrestling base. However, Joslin’s technique and ability certainly made things interesting. Even though it was a close fight, Joslin said that he didn’t expect to get the decision nod.

“When [the UFC] called me and offered that fight, from what they said it sounded like nobody really wanted to fight him,” Joslin told ProMMAnow.com. “It was a very close fight, I think, but I knew that I wouldn’t get a decision. He was a big name guy for them at the time, so I kind of looked at it as like when you fight a champion, you have to take the belt away.”

The Koscheck fight was the first of a three-fight deal, and Joslin was all set to face the always-exciting Chris Lytle in his UFC return. Unfortunately, Joslin suffered a concussion during training. Between his martial arts training and youth hockey experience, it was Joslin’s seventh concussion.

“I couldn’t even exercise for a year-and-a-half,” he said.

Gradually, Joslin recovered and feels physically capable of giving MMA another shot. But as a husband and father of two, he’s focusing on the long-term view and staying healthy.

And Joslin isn’t letting his experience and knowledge go to waste. A BJJ black belt, Joslin now spends time helping other aspiring fighters learn the intricate details of the sport.

Joslin was even brought on to help UFC fighter Spencer Fisher (24-6) prepare for his UFC 120 bout on Oct. 26 against Curt Warburton.

“It was awesome,” Joslin said of his time working with Fisher. “I’ve always liked Spencer as a fighter.”

Still, transitioning from fighter to cornerman wasn’t easy, especially when Joslin walked by Warburton before the fight.

“I actually felt like I wanted to hit him,” Joslin joked. “It’s almost like this guy is trying to take something away from your friend.”

With a 6-5 record in the UFC and coming off of two losses in a row, Joslin said he and Fisher both knew the importance of that fight.

“He knew that he needed to win that night and we all did too,” he said. “So as big as that fight was for him, it made it that much more of an honor that he brought me in to get him ready.”

Looking at Joslin’s website, it’s easy to see why fighters would seek his assistance. It’s loaded with interesting technical analysis, and you can download his free eBook, “Developing the KO Punch: 12 Secrets to Knockout Power.”

Joslin said that he’ll be unveiling his newest project, the MMA QuickStart Training Program at midnight on Monday Dec. 13 (or Sunday night, if you’re a night owl like me).

For more information, you can go to http://jeffjoslinmma.com/ and http://www.mmaquickstart.com/.

Also, we’re excited to announce that Joslin has agreed to come on board at ProMMAnow.com, where he’ll periodically provide a fighter’s perspective on various techniques, fighter match-ups, or anything else that comes to mind.