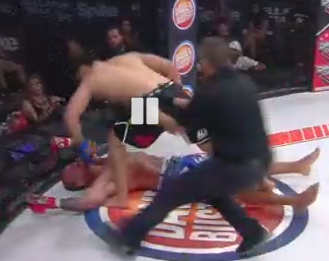 It was a tough night for kickboxing champion Joe Schilling at Bellator 139 as debuting Japanese middleweight Hisaki Kato knocked him out with a Superman Punch early in round two. Schilling didn’t think Kato would stand with him, and after keeping Schilling on his back for most of the first round, Kato showed everyone he … Read more