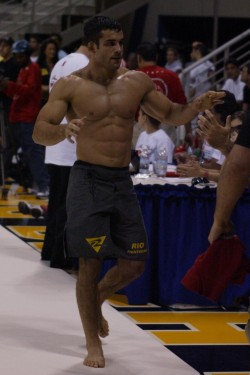 (In one of my final posts for FightTicker.com I did a profile on Sammy Rodriguez, a fighter out of Highlander Tampa, prior to his fight with Team Jorge Gurgel fighter Taylor Ruscin.  Sammy is a great guy and I was very impressed with what he had to say on how he got into fighting and why he fights so I wanted the PROMMA.INFO readers to have a chance to see it as well.  – Furby)

I first met Sammy Rodriguez prior to “ICF: Breakout” at US Bank Arena. I was hanging out with Fight Ribbon Co-Founders Brent Thompson and Scott Wells the night before the big event and we met up with Highlander MMA founder Mike Yanez and Rodriguez to hang out and catch up.