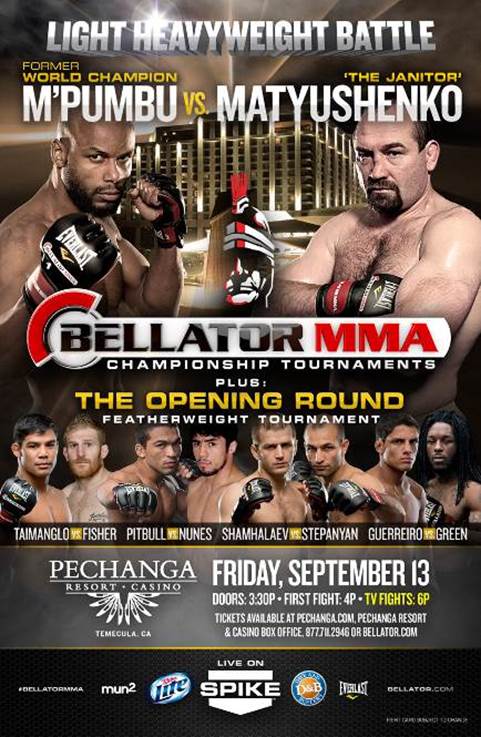 Bellator MMA 99 will mark the second fight card of the promotion’s ninth season and is headlined with a light heavyweight match-up between former Bellator 205 pound champ Christian M’Pumbu (18-5-1) and UFC veteran Vladimir “The Janitor” Matyushenko (26-7), in what will be his Bellator debut. The card will also feature the opening round of the season nine featherweight tournament.