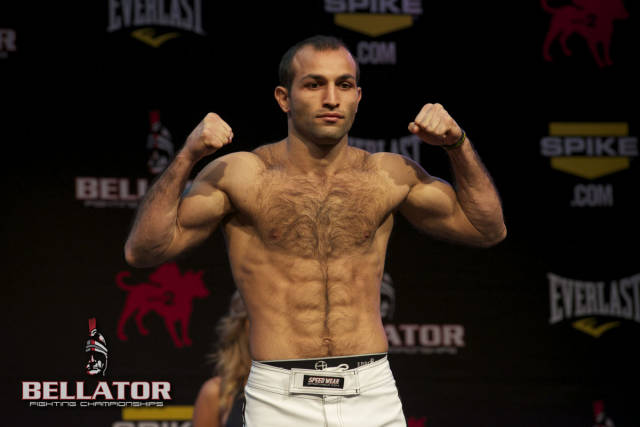 Twenty-six-year-old Russian kickboxer Akop Stepanyan (12-4) returns to the Bellator cage Thursday against Marlon Sandro in the quarterfinal round of the Season 8 featherweight tournament.

ProMMAnow.com reporter Daniel Theodore recently sat down with Stepanyan to talk about his background and accomplishments in martial arts and why becoming the best he can in MMA is his ultimate goal. Stepanyan also shared his thoughts on the match-up with Marlon Sandro (23-4) and how he feels about facing such a well-known and accomplished veteran. 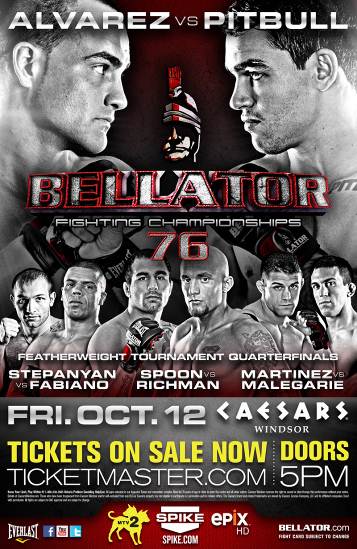 The Bellator 76 fight card is now official with a headline bout between Eddie Alvarez and Patricky “Pitbull” Freire. The event will also feature bouts from the Season 7 Featherweight Tournament. 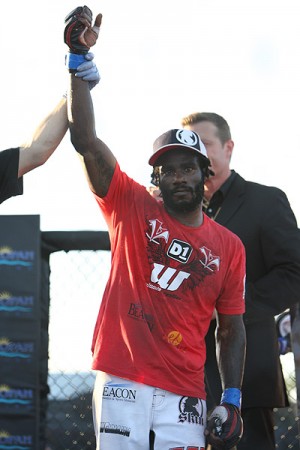 Daniel Straus talks with ProMMAnow.com about the Bellator Season Six Featherweight Tournament and his quarterfinal fight which takes place this Friday LIVE on MTV2.

Bellator is back and that means Richard Mann is breaking out the crystal ball once again. Saturday’s card features veterans from the UFC, WEC and Elite XC and top prospects.

Joe Warren was almost not able to even participate, much less win his fight against Patricio “Pitbull” Freire due to a case of apparent food poisoning.

MONROE, La. – Thursday night at the Monroe Civic Center in Monroe, La., wrestling crossover star Joe Warren (4-1) continued his assault on professional mixed martial arts. Matched up against the much more experienced Georgi Karakhanyan (13-2-1) at Bellator 18, in the semi-finals of their season two featherweight tournament, Warren walked away with the unanimous … Read more

When Gary Shaw left MMA many were excited because, well for one reason anyway, he took his ridiculous weight classes with him. No longer would MMA fans have to watch fighters contend for his 160 lb title or even worse the 140 lb title.

As of right now, under the unified rules, there are nine weight classes and the general consensus is that it should stay that way. There was widespread public outcry when “Big” John McCarthy and the Association of Boxing Commissions tried to expand to fourteen last July.

So what does this all have to do with DREAM? When it was first made public that the promotion was organizing a featherweight tournament, the actual weight class had not yet been determined. Even after several of the participants had been named there was no word on the actual weight. Jordan Breen, on his radio show, said that the promotion was trying to appeal to Japanese star Norifumi Yamamoto by making the weight class whatever worked best for him.