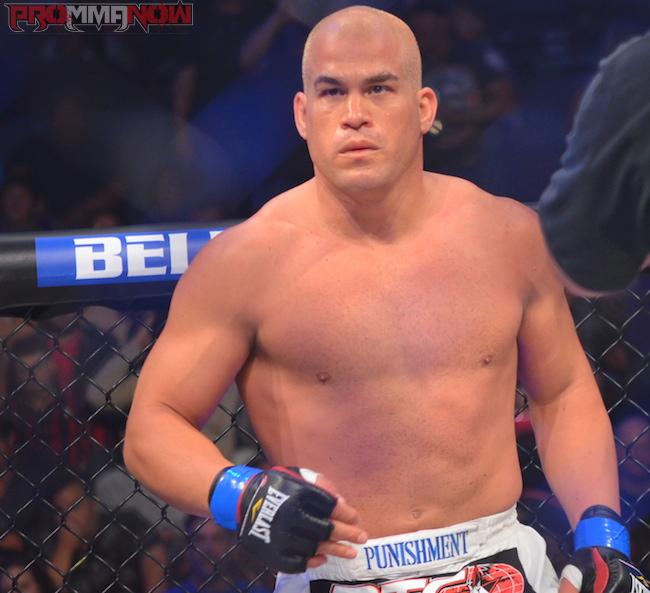 Former UFC champion Tito Ortiz will look to turn back the clock on Saturday night when he takes on Liam McGeary for the Bellator MMA light heavyweight championship. Ortiz (18-11-1) has won back-to-back fights since joining the Bellator promotion, the first time he has done that since 2006. Ironically, that was the last time he … Read more 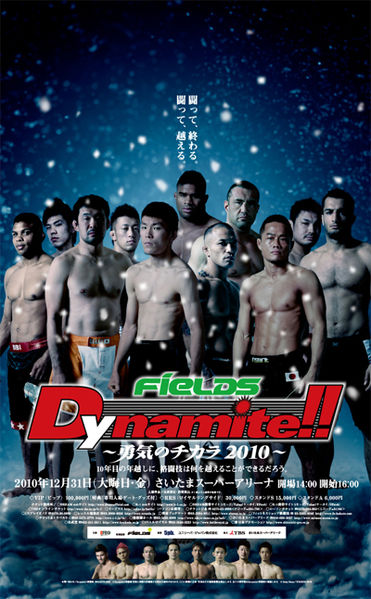 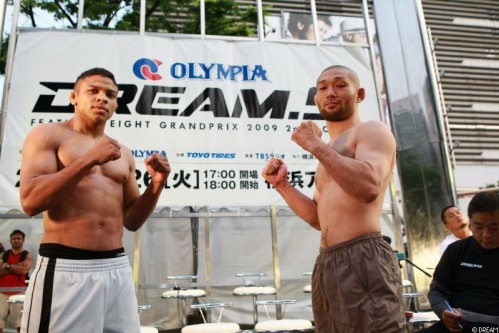 The Japanese judoka who Michael “The Voice” Schiavello called “once the most sought after heavyweight in MMA” made his heavily anticipated professional debut last night in Japan. Satoshi Ishii, who won a gold medal in judo at the 2008 Summer Olympic Games in Beijing, took on seasoned PRIDE and Sengoku veteran Hidehiko Yoshida in the co-main event at “FieLDS Dynamite!! 2009”.

It looked as though it would  be a short night for Ishii as the fight started. In the first round, he looked tentative, nervous, and awkward, while Yoshida appeared to be completely at home in the ring. Yoshida was landing punch after punch and even dropped Ishii with a big overhand right in the opening frame. Ishii recovered and survived the round, but things were looking dim for the national hero.

Ishii settled down and began to find his rhythm in round two. He landed more strikes and worked well in the clinch with knees and dirty boxing. Yoshida appeared to be slowing down, and took a hard knee to the groin that cracked his protective cup. Time out was called and Yoshida was given time to recover. Ishii was penalized with a red card and had a point deducted.

Whether you have HDNet or not, join us right here at ProMMA.info (www.promma.info) beginning at 12am PT/3am ET tonight, for complete play-by-play coverage of “FieLDS Dynamite!! 2009″.

18. Main Event: K-1 (5×3 minutes, 1×3 ext.): Masato vs. Andy Souwer
Round 1
Body kick lands for Masato. Souwer lands a pair of hard leg kicks. Masato throws a hard straight right down the middle. He lands a three punch combination and finishes with a body shot. The fighters trade leg kicks. Another hard leg kick from Masato. Souwer goes to the head with a kick. Masato put a pretty one-two right on the money. Masato back Souwer up with a triple jab and lands a hard leg kick. Souwer responds with a leg kick of his own. Masato lands another power shot the ignites the crowd. Souwer catches a kick as the bell rings.
ProMMA.info score Masato 10-9

UFC 108 is this Saturday here in America, but before we get to that card, we have a major major fight card going down at the Saitama Super Arena in Saitama, Japan, tonight. If you have HDNet, you will be able to watch “FieLDS Dynamite!! 2009” starting at midnight tonight (12am PT / 3am ET).

Whether you have HDNet or not, join us right here at ProMMA.info (www.promma.info) beginning at 12am PT/3am ET tonight, for complete play-by-play coverage of “FieLDS Dynamite!! 2009”.

“One of the greatest annual traditions in mixed martial arts is fights from Japan on New Year’s Eve, and there is a reason Dynamite!! is the most watched MMA event in the world,” said Andrew Simon, CEO of HDNet Fights. “Fight fans have been asking to see this event for years and as ‘Your Home of MMA,’ HDNet will deliver this event for the first time in North America!  You can expect lots of surprises throughout the night in what is guaranteed to be the most unbelievable night in MMA.”

In June 2007 former WWE superstar Brock Lesnar made his professional MMA debut at K-1 Hero’s Dynamite!! USA in Los Angeles against Min Soo Kim. Sitting in the audience of this fight was none other than Lorenzo Fertitta. Just eight months later Brock was in the UFC fighting Frank Mir at UFC 81.

The popularity of MMA in Japan continues to decline. The sport seemed on top of the world in Japan during the days of PRIDE. Even though there are many similarities between today’s top Japanese MMA organizations and PRIDE, there is something amiss.

This fact was shown no more clearly than it was on what should have been MMA’s biggest night of the year in Japan, the New Year’s Eve Dynamite!! event.

Here is a report on the television ratings for this year’s Dynamite!! card.  Here are the numbers broken down into three parts:

Host, Jon Anik, along with Kenny Florian and Franklin McNeil are back this week for another edition of INSIDE MMA. Guests include Frank Mir and Rashad Evans as the boys break down what happened at UFC 92, the Dynamite!! New Year’s Eve in Japan card, and everything going on in the world of mixed martial … Read more